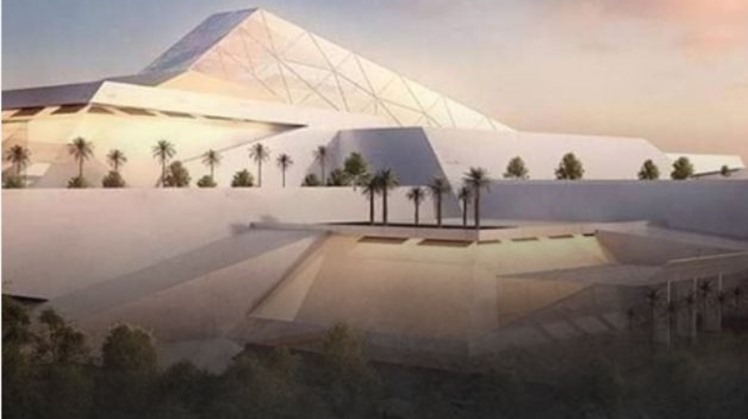 Wed, Sep. 30, 2020
Egypt’s Ministry of Tourism and Antiquities is working on finalizing the Administrative Capital Museum as part of the ministry’s plan of archaeological openings during the coming period.

Egypt’s Minister of Tourism & Antiquities Khaled el-Anani is constantly following up on the developments of the museum’s workflow in preparation for its inauguration soon.

The New Administrative Capital Museum is built on an area of 8,500 square meters, within the City of Culture and Arts. It consists of two floors, a ground and first floor, and includes a main exhibition hall and subsidiary exhibition halls.

It should be noted that the museum narrates the history of the Egyptian capitals, as it consists of a main hall in which the artifacts of a number of ancient and modern Egypt capitals are displayed, with a total of nine capitals that come as follows: First, to the right of the visitor, there are four capitals, namely Memphis, Thebes, Tal el-Amarna, and Alexandria.

Secondly, to the left of the visitor, there are four capitals: Fustat, Fatimid Cairo, Modern Egypt, Khedivial Cairo. Thirdly, in the second level, behind the statue of King Ramses II, a group of different collectibles that depict life in each historical period are displayed separately, such as toiletries, tools of war, and various correspondences.

The second section of the museum consists of a wing that shows the importance of the after-life in ancient Egypt. This wing comprises Toto's tomb, in addition to the hall of mummies, coffins and canopic vessels.

The museum’s external display area will also be developed to exhibit some artifacts and create a landscape design for green areas to be planted with papyrus and lotus flowers, the symbol of the north and the south in ancient Egypt.