When will the Egyptian Writers Conference be held in its thirty-fifth session after it has been postponed? 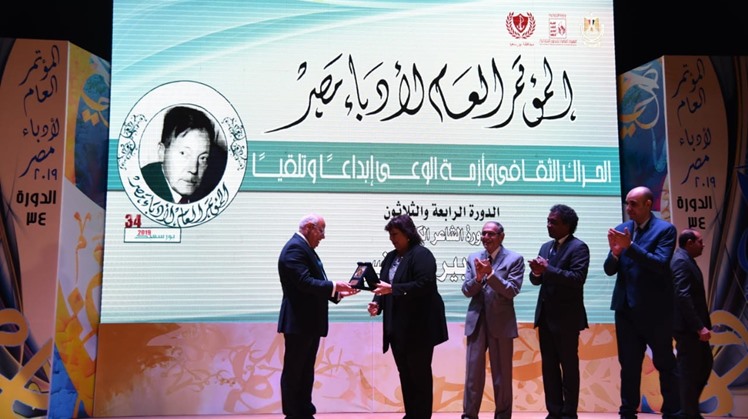 Wed, Sep. 30, 2020
It has become almost certain to postpone the thirty-fifth session of the Egyptian Writers ’Conference, which was supposed to be held next December, in one of the republic’s cities, which in turn will become the capital of Egyptian culture for the year 2021, but the conditions for the health measures followed to prevent Corona virus, and the lack of time, made Postponement is inevitable, and this is the matter agreed upon by the General Secretariat of the Conference.

Informed sources within the General Authority for Cultural Palaces said that the conference was not canceled, but it was postponed to the first half of next year, provided that it is organized before the end of the fiscal year next July and the same source continued, that it is more likely now to postpone the conference to the second quarter of 2021, provided that Preparations for that session begin during the next period, stressing that holding the thirty-fifth session in early 2021 will not mean postponing the thirty-sixth session by extension, especially since the secretariat is formed for two sessions, and as soon as the first session ends, the next session’s committees will be formed and preparations will be arranged at the same pace of work quickly until Both courses are appropriately graduated.

The source added that the General Secretariat of the Egyptian Writers Conference has not convened yet, and the Secretary-General, the assistant secretaries and the organizing committees have not been selected, and the remaining time to hold the conference at its usual time has become difficult, and the members of the secretariat agree on the difficulty of holding the conference in light of the current health conditions, Which makes the postponement of the conference almost settled.

Hamad Shuaib, a member of the General Secretariat of the Egyptian Writers Conference, confirmed in previous statements that the members of the secretariat gathered during a meeting held virtually through a social media application on the difficulty of holding the next session, and it became almost certain to postpone the thirty-fifth session of the Egyptian Writers Conference to 2021.

Shuaib added in exclusive statements to Al-Youm Al-Sabea that the General Authority for Cultural Palaces is the body responsible for organizing the conference, and whether or not it is postponed is responsible for deciding on it, explaining that the postponement decision was based on the lack of time and the difficulty of completing Organizing procedures for the conference, and choosing the city that will be the capital of Egyptian culture for the year 2021, which the members of the secretariat agreed on is difficult.

The poet Hamad Shuaib pointed out that the conference is likely to be held during the first half of next year, in the event that the health procedures allow a proper establishment, indicating that the secretariat is convening on a virtual basis to discuss the latest developments, and the organizational procedures for the conference will start soon and as soon as it becomes clear. A healthy vision of the spread of the virus.