The sculpture of "Nefertiti" is an irresistible ancient Egyptian creation 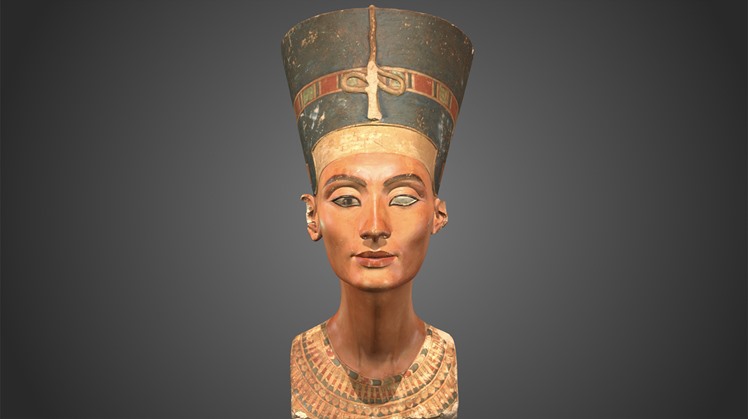 Sun, Sep. 13, 2020
Today, we see the statue of Nefertiti, the Egyptian who charmed the whole world, despite the passage of thousands of years since its manufacture, and which presents a picture of Queen Nefertiti, Queen of Egypt and the wife of King Akhenaten.


This statue has an important story. On December 7, 1912, the world was on a date with a great Egyptian archaeological discovery when the famous Egyptian-German archaeologist Ludwig Burchard found in Tell el-Amarna, specifically in the house of the sculptor Thutmose, who was in the service of Pharaoh Akhenaten, on the famous Nefertiti statue .
Nefertiti is the wife of Pharaoh Akhenaten, one of the famous pharaohs of the Eighteenth Dynasty, and the name Nefertiti means (she came the beautiful). Nefertiti is considered one of the strongest and most famous women in ancient Egypt. She had a high status during the reign of her husband Akhenaten. Of the eighteenth pharaonic family.

The statue of Nefertiti is the most famous drawing and statue of the Queen, and after Borchardt discovered the complete and unscratched statue, he smuggled it to his home in the Zamalek neighborhood, and from there he smuggled it to Germany by hiding it in a number of broken and valuable pottery pieces, by sending them to Berlin for restoration.

The statue is now in the Berlin Museum, and Germany refuses to return it to Egypt, despite many attempts by Egyptian researchers, who believe that the statue came out illegally.