On the 19th anniversary, on the return of Queen Nefertari's head to Egypt: Who is She? 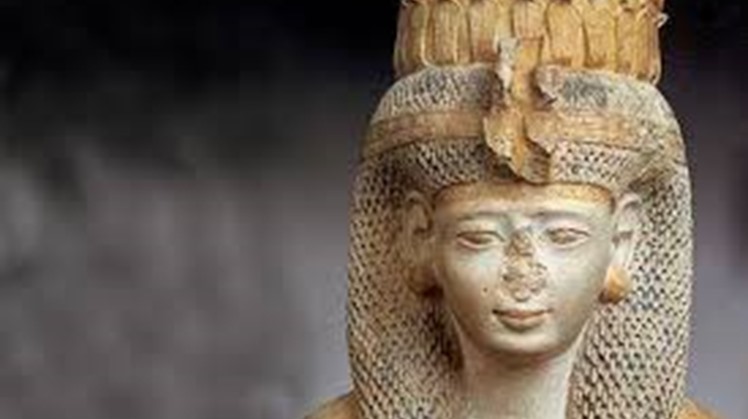 Its full name is "Nefertari Meret Doom", and means "Nefertari the dear goddess of death." Its famous abbreviated name means "Nefertari", "Ahlan", or "their sweetness" in the Egyptian colloquial form, and Nefertari is one of the most famous Egyptian queens like Cleopatra, Nefertiti and Hatshepsut. Ramses the Great shrine of Nefertari QV66 is extravagant, the largest and most prominent in the Valley of the Queens.

Today is the nineteenth anniversary, when the head of Queen Nefertari, known as the head of "Merritt", was returned after it was stolen by the British Antiquities Restorer Jonathan Tokley Barry in 1992, and who managed to get it out of Egypt as a "fake" cloned piece, before returning on July 28, 2001, with 6 other Pharaonic papyri.

According to the Egyptian archaeologist, Dr. Zahi Hawas, in an article published for him entitled: "Nefertari .. the most beautiful queen in history": Nefertari was an authentic Egyptian queen, whose name means "the most beautiful or the most beautiful", and the name is still "their sweetness", which is what translates into ancient Egyptian To Nefertari, used to this day in the Egyptian countryside, and Nefertari is the wife of Pharaoh Ramses II - one of the greatest warriors in ancient history - and Nefertari has enjoyed a distinguished high status not only during her life, but also after her death and until now! For several reasons: The first reason for this unique standing is the queen's beauty and elegance.

Through all the remains of monuments, scenes and statues of the Queen, we see her long and graceful and the features of her face that are said only to be a verse in beauty, as for the elegance of the queen, her clothes and her adornment still fascinates the greatest fashion designers in the world, and the second reason is the many titles that the Queen held In her life, including: "The Great Royal Wife", "The Lady of the Two Lands", "The Goddess of Upper and Lower Egypt", "Maliha Al-Wajh", "The Beautiful with Two Feathers", the third and most important reason is the tomb of the Queen, which is a verse of the art of painting in the ancient world It is the most beautiful cemetery to be unearthed by an Egyptian queen. It has been 110 years since its discovery by the Egyptologist Ceciaparelli in 1904 in the Valley of the Queens on the western mainland of Luxor. And Egypt celebrates next November the 110th anniversary of the discovery of the tomb of Nefertari.

Hawas pointed out that despite the wide titles and royal cemetery that are unparalleled in any other civilization, what we know about the origin of the queen does not promise much, and opinions fluctuate between the fact that Nefertari is the daughter of the pharaoh «any», who ruled after the death of the golden pharaoh «Tutankhamun » The only evidence for this is the finding of the name "Ai" in the Queen's Cemetery, as other evidence indicates that she is the daughter of Pharaoh Seti the First.

This is in addition to our knowledge of the participation of her pharaoh husband, "Ramses II" in the first era of his long and extended rule. Whether on official occasions, attending interviews with senior officials and statesmen, or honoring them.

And Ramses II married this brilliant girl in the first year of his rule and lived with her the winter months under the warmth of the good sun (Luxor), before moving to the new capital that was established in the era of Ramses in the eastern delta, and was called in the ancient world the name of "the city of noise" "It was certainly a city of international renown for the reputation of" Ramses II ", and it is also certain that Nefertari was a sedate lady, who was able to distance herself and her position from the enormous competition between the pharaoh's harem; And his secondary wives.

Never before did Pharaoh build a temple for his wife other than "Ramses II"; Where her temple next to the temple of her husband in Abu Simbel is one of the miracles of architecture in ancient Egypt, and it was completely carved in the rock of Mount Abu Simbel.