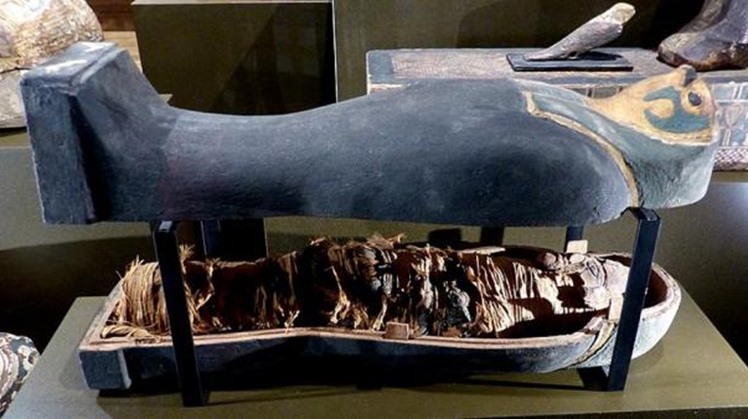 Tue, Jul. 21, 2020
In the “Maritime Museum” in the occupied land there are two ancient Egyptian sarcophagi, the prevailing belief was that they contained human remains, and one of them was thought to be a mummified child, because it appears as a “little person”, but through the detection of the cross-section imaging appeared what was not in mind, the remains The coffin was not a human mummy but a bird representing the god Horus and the other a "child-like" mummy, and it was filled with mud and grains in the shape of the god Osiris.

For several decades, both sarcophagi were part of the Naval Museum's collection, and the museum's official records suggested that they contained mummified hearts, but when a team of CT archaeologists examined 3,000-year-old mummies it became clear that the remains of the mummy-like remains of Osiris are a grainy This came, according to the Daily Mail report.

The director of medical imaging in "Haifa" in the occupied land, Dr. Marcia Javett, said that the mummies belonged to between 2500 and 3000 years, and the smaller mummy was "similar to birds" and contained a mummified bird, probably a falcon symbol of Horus, and the largest mummies were like "a young child" It turns out that it was actually a hand-made doll representing the god Osiris. This artifact is known as the "grain mummy" or "corn mummy". 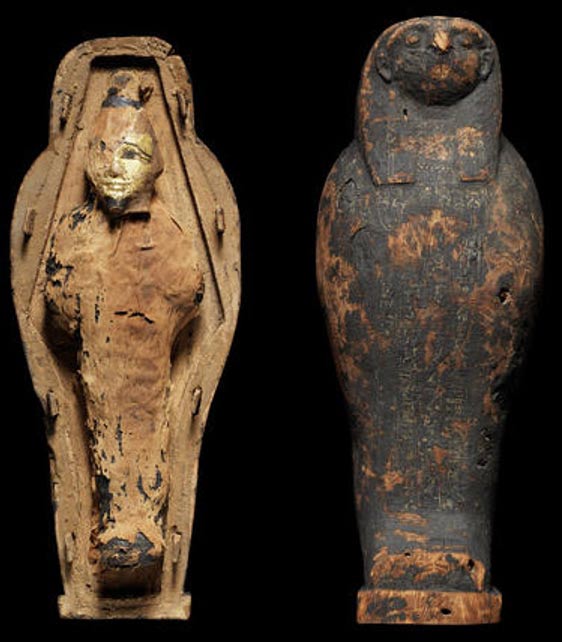 Parliamentary human rights committee to discuss progress in national strategy to enhance freedoms Thu, May. 6, 2021
Out-of-control Chinese rocket passed by Egypt twice since Thursday: Official Thu, May. 6, 2021
Watch the shields of Tutankhamun during their restoration in preparation for displaying them in the King's Hall of the Great Museum Thu, May. 6, 2021
Queen Cleopatra II suffered from palace conspiracies .. What is her story? Thu, May. 6, 2021
Egypt's Sisi tells US envoy for Horn of Africa GERD 'existential issue', Egypt to not accept harm to its water interests Wed, May. 5, 2021
Egypt, Turkey begin political talks in Cairo after years of strained ties Thu, May. 6, 2021
The Ministry of Culture: We abide by the instructions of the Prime Minister and amend the schedules of activities and theaters Thu, May. 6, 2021
1.7M doses of AstraZeneca vaccine expected to be delivered to Egypt Soon Tue, May. 11, 2021
A pic of the Blue Mosque in Cairo, dating back to 1910, and preserved in the Notre Dame Architectural Library. Thu, May. 6, 2021
Egypt’s Ministry of Tourism and Antiquities welcomes Cancer Patient and Egypt lover Gloria Walker Mon, May. 10, 2021