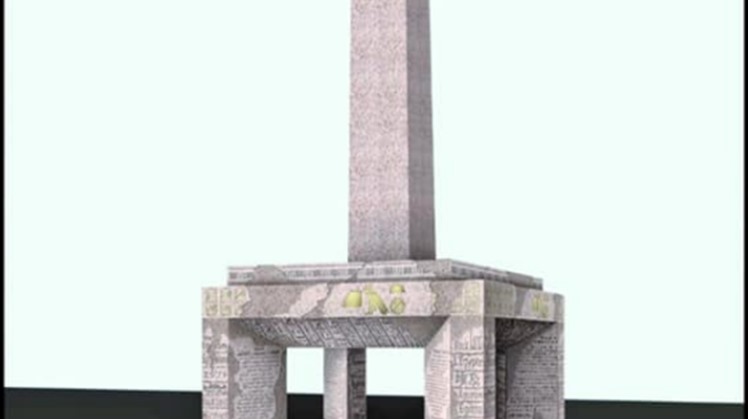 Sun, Jun. 28, 2020
The whole world is awaiting at the time of the opening of the Grand Egyptian Museum, which is the largest museum in the world, due to the large number of artifacts in excess of 50 thousand pieces, along with the presentation of the collection of the King of Pharaoh Tutankhamun for the first time completely in front of visitors, and not only this but The museum is witnessing the first hanging obelisk, which is the second Ramses obelisk, the Ministry of Tourism and Antiquities is about to complete its design, and during the next report we publish photos of the beginning of the relocation of the obelisk and its preparation for its new location, along with the final engineering designs of the obelisk designed by Major General Atef Moftah, the general supervisor of the museum project The Grand Egyptian and the surrounding area.

Through the design, Major General Atef Moftah was keen to observe the accuracy in the archaeological, engineering and technical aspects of the obelisk that will be established in the Grand Egyptian Museum in the external foyer, which has an area of ​​about 28 thousand meters. From the archaeological point of view, the design relied on the possibility of seeing the cartridges of King Ramses II located below the hull base The obelisk, which has been out of sight for nearly 3500 years, and by design, a visitor to the obelisk square can enter the obelisk base to see the archaeological base beneath it. Looking upward, the cartridges of King Ramesses II can be seen in a panorama.

From the engineering side, Major General Atef Moftah was keen that the design be unique in the world so that the obelisk would be hung on four columns taking into account the loads and vibrations on the obelisk body, and cooperation had been done with a specialized construction consultant office to study the structural structure of the field and distribute those loads in proportion to the weight Obelisk and keep it.

Major General Atef Moftah emphasized that the obelisk field will be a unique artistic and archaeological engineering work and the obelisk will be the first thing to receive the visitor outside the lobby of the Grand Egyptian Museum and the word Egypt will be engraved on the column coverings and on the sides of the base bearing the obelisk and in all languages ​​of the world so that this design becomes a mix between genius The Egyptian in the past, present and future.

Dr. Issa Zaidan also thanked Major General Atef Moftah, the general supervisor of the Grand Museum and the surrounding area, and all the restorers, archaeologists, engineers, and all the staff of the Grand Egyptian Museum, who participated in the restoration work of the obelisk.

And Dr. Issa Zaidan emphasized that the idea of ​​establishing the field of the first hanging obelisk in the world in the Great Museum was proposed by Major Atef Moftah, where the obelisk shows the ingenuity of the Egyptian in designing and carving ancient antiquities, and it is completed for the first time with 100% Egyptian hands.