How many pieces were extracted and transferred from the Khufu boat to the Grand Egyptian Museum? 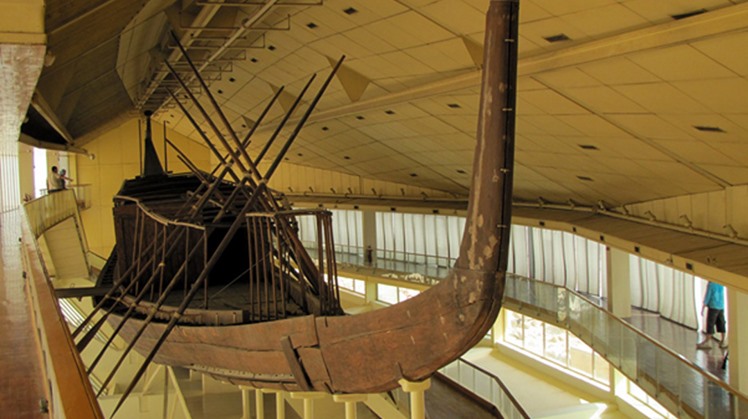 Wed, May. 27, 2020
Despite the conditions that the world, including Egypt, is going through from the outbreak of the new Corona virus, the Ministry of Tourism and Antiquities is working on completing open archaeological projects, while taking all precautionary measures to counter the virus, and among these projects is the extraction, restoration and transfer of wood pieces from the second Khufu compound , To the Grand Egyptian Museum.

Dr. Issa Zaidan, director of restoration at the second Khufu complex project, said that the restoration work is continuing inside the second Khufu complex, while adhering to all directions of the Egyptian government to reduce the number of workers, to prevent a further outbreak of the Corona virus, as forced rules were imposed on all workers at the site, along with procedures Continuous sterilization on a daily basis.

As for the number of parts that have been extracted from the second Hofu complex so far, the restoration director of the second Khufu complex project, in exclusive statements to "The Seventh Day", said that the work team of the boat project has succeeded so far in extracting approximately 1272 wooden pieces from the boat. In addition to finding a knife made of buttons, as well as a very pillar made of copper.

What about the number of pieces that were transferred from the second Khufu boat to the Grand Egyptian Museum, the Director of Restoration of the Khufu II complex project added that the Grand Museum received to the present time since the first piece of wood since 2014 began extracting 1006 pieces of wood.

Dr. Issa Zaidan emphasized that after moving all the extracted pieces from the second Khufu complex, they will be assembled to re-install the complex and display it next to the first Khufu complex after moving it from its current display site in the archaeological area to the museum inside its own building inside the museum.