Zahi Hawass: We are searching for the tomb of Nefertiti in Luxor and Imthab in Saqqara 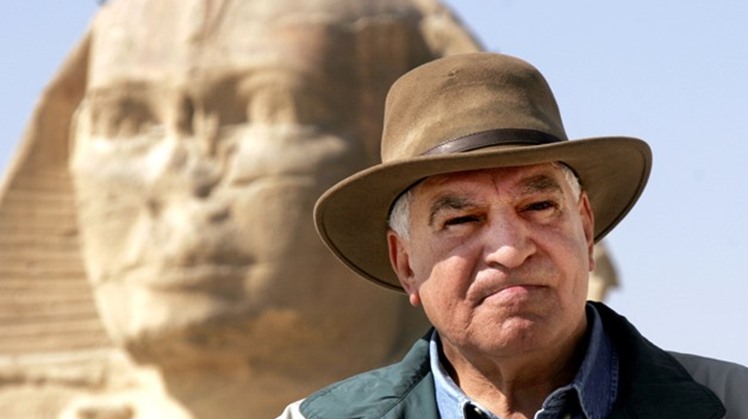 Thu, May. 21, 2020
Egyptologist Dr. Zahi Hawas said that he is currently searching with his team for the tomb of Queen Nefertiti in Luxor, and the tomb of the architect "Imhotep" in Saqqara, and Hawass added, in a recording with the international "CNN" channel, in front of King Tut's mask Amon Ankh of the Egyptian Museum of Editing, he succeeded last year, in achieving important discoveries in the western valley called "Valley of the Apes" in Luxor, most notably the discovery of the KV65 cemetery, and more than 30 workshops for an integrated industrial area serving the construction and construction of Valley of the Kings tombs behind that area, beside Tank to store water in the same valley.

Regarding the epidemics, which spread during the era of the ancient Egyptians, Hawas explained that there were two types of epidemic in ancient Egypt, the first type in Amarna, the city in which Akhenaten lived, indicating that King Tutankhamun died of malaria, and this was discovered by an Egyptologist , Which confirmed that malaria killed 70% of those who lived in Tel el-Amarna.

And they followed that the second type of epidemics that spread in ancient Egypt, is the plague, as it spread in the various civilizations that existed, and continued for a long time, and a state of terror prevailed at the time of this epidemic after it was afflicted by large numbers.

Hawass said that King Tutankhamen will be the hero in the Grand Egyptian Museum, scheduled to open next year, and we will celebrate and the whole world on November 4, 2022 the centenary of the discovery of the tomb of King Tutankhamen.