"The Writer" by Ludwig Deutsch, the greatness of "knowledge" in Egypt 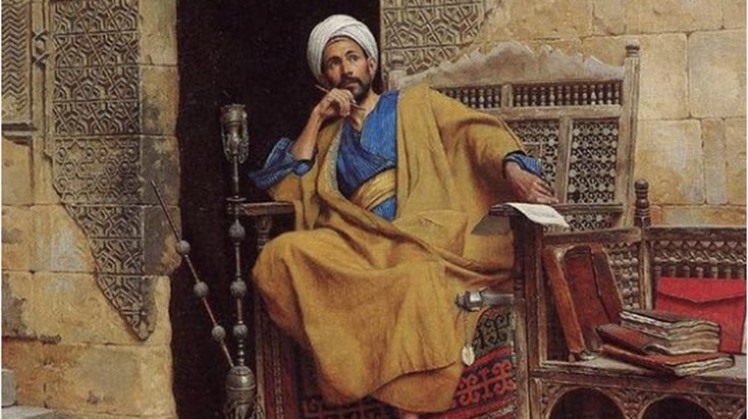 Wed, May. 6, 2020
We continue to read the beauty of Egypt through oriental paintings, and we stop with the painting "The Writer" by the artist "Ludwig Deutsch" and depicts the painting, the author sitting on the street, highlighting how society sees the value of knowledge and reading.

Born in Vienna in 1855 - he left in Paris (1935). Born to a prominent Jewish family, his father was a financier and a member of the Austrian imperial court.

On his relationship with Cairo, Nabil Ramadan wrote in Al-Qafilah Magazine saying: He was stopped in this city in particular by the Nubian soldiers who were guarding palaces and public buildings, so he painted them in many paintings, with a strong and clear focus on their pride, the strength of their structures, the pomp of their appearances and their clothes ... and drawing scenes from the life of the public, Such as "The Orchid Seller" and "Chess Players", as well as drawing special occasions such as "Al-Mahmal", which marks the launch of the procession of transporting the Kaaba clothing from Cairo to Makkah Al-Mukarramah.

Deutsche was satisfied in Cairo with completing the preparatory drawings on paper, to later complete the oil painting in his professional in Paris in a realistic manner, accurate to the extreme, making many critics assert that he was even partially dependent on the photographs, since this commitment to draw the smallest details very accurately did not It was familiar to his contemporaries, and only half a century later he appeared in "super realism" or "photorealistic realism" that appeared in America.


Perhaps the painting of the writer reveals that, the attention to detail is great, enough to consider the chair "Arabesque" on which the writer sits, and the various colors of different degrees in the painting.