Hawas: Egypt wants its Temple of Debod back 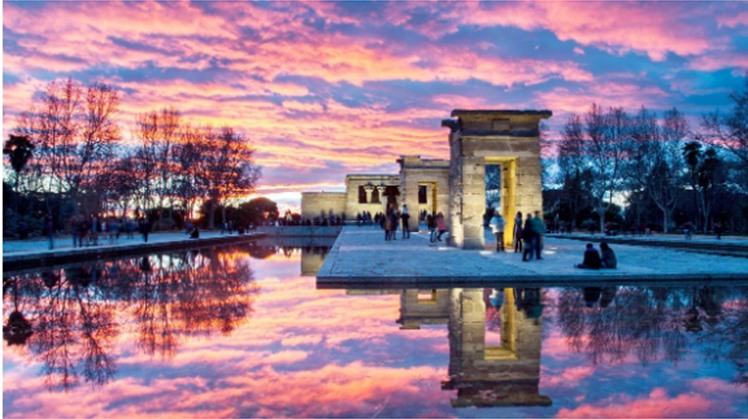 Thu, Feb. 27, 2020
Egyptian archaeologist Zahi Hawass has demanded that Spain hand back an ancient Egyptian temple housed in Madrid, which has gone neglected and vandalized for decades now. Hawass suggested that if Spain is unwilling to properly take care of the 2,200-year-old building, then they should return it to Egypt where it will be better taken care of.

“If the temple is not protected, it must be returned to Egypt immediately,” he said at a speech in which he highlighted the need to return looted and neglected ancient Egyptian heritage.

Many people have carved their names into the temple, graffiti has been spray painted on the walls, and the acidic rain from pollution around Madrid has corroded the temple as the temple is located next to a busy highway, which has damaged many of the hieroglyphs. The cracks that have formed in the walls have been paved over in a haphazard way, and the interior of the temple is in even worst condition that the outside.

“We are happy that you have been gifted this masterpiece for what you have given Egypt and its people by contributing to saving the temples and villages of Nubia, but the temple must be protected from rain and erosion, and this is better for you and us, and for all mankind. As you know, Egypt gifted three other temples to Italy, America, and the Netherlands, and all three of them covered the temples to protect them from the weather, except for Spain, which overlooked that important issue," stated the famous Egyptologist.

Spain, the USA, the Netherlands, and Italy were all gifted a temple by Egypt for their help in an international effort to save many Ancient Egyptian artifacts that were threatened with the construction of the Aswan High Dam. However, Spain was the only country to not put their temple in a museum.

UNESCO has called for the entire temple to be encased in a giant glass bubble to slow down decay. Madrid Mayor Manuela Carmena had agreed to the plan proposed back in 2007, but stated that it will not be accomplished in a year, but in “the medium term,” however after 13 years the temple is still unprotected.
The current mayor of Madrid, José Luis Martínez-Almeida, affirmed that the city council would take protective measures to preserve the temple, and that Hawass “embarrassed” the officials.

The Spanish minister of tourism stated that “If the Egyptian Temple of Debod is damaged by rain, and retrieved back to Egypt by Zahi Hawass, it will be disastrous for the tourism in Madrid.”

The Temple of Debod was donated to the government of Spain after Spain’s assistance in the salvation of the Abu Simbel Temple in 1968.