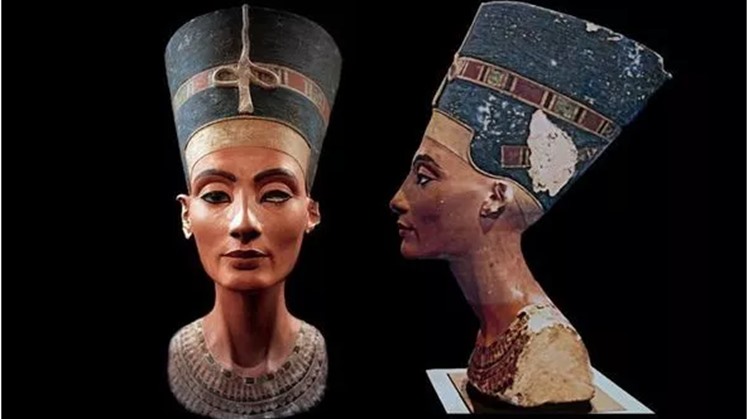 Tue, Feb. 25, 2020
ARCHAEOLOGISTS have found a secret chamber behind the tomb of King Tutankhamun that could hold the remains of his mother-in-law, Queen Nefertiti.

The “tremendously exciting” discovery was made in the Valley of the Kings where the Ancient Egyptian’s laid their royalty to rest. Archaeologists used ground-penetrating radar (GPR) to revel a previously unknown cavity behind King Tutankhamun’s tomb.

Archaeologists have been exploring the tomb for additional chambers and secrets since its opening in 1922 by British explorer Howard Carter.

But until now, numerous archaeological expeditions have failed to conclusively find any new chambers.

The new findings suggest there is a space directly behind King Tut’s tomb, measuring about 6.5ft by 32ft (2m by 10m).

The cavity sits at about the same depth as the burial chamber and runs parallel to the tomb’s entrance.

Egyptologist Ryan Johnson from the University of Chicago, who was not involved in the discovery, told Nature the data is “tremendously exciting”.

He said: “Clearly there is something on the other side of the north wall of the burial chamber.”

However, archaeologists have not yet determined whether the cavity is indeed a new burial chamber or part of another tomb.

There is also some scepticism from Egyptian officials, such as former antiquities minister Zahi Hawass.

Dr Hawass said GPR has “never made any discovery at any site in Egypt”.

The former minister is also on the hunt for Queen Nefertiti, searching for hidden tombs in the Valley of the Kings.

Although historians dispute the exact role of Queen Nefertiti, some believe she held the mantle of Pharaoh before Tutankhamun took over at the age of eight.

Nefertiti was the wife of Akhenaten, a Pharaoh who ruled for 17 years before his death.