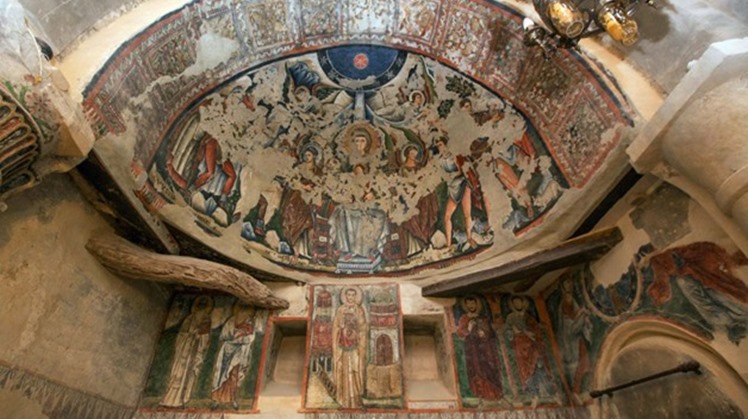 Sun, Feb. 23, 2020
For the first time in 17 years, Egypt has applied the Natrun Valley monastery complex to the UNESCO World Heritage List in hopes it becomes the eighth site of the country's.

Egypt has one natural and six cultural sites in the list. Abu Mena heritage site of Alexandria was inscribed in 1979, and it features an early Christian holy city built over the tomb of Saint Menas, who died in A.D. 296.

Thebes and Memphis with their necropolis, Nubian Monuments from Abu Simbel to Philae , and Historic Cairo were also inscribed in 1979. St. Catherine area with its ancient monastery and mountains holy to the Abrahami religions in South Sinai was included in 2002. In 2005, the Whale Valley in Fayoum was accepted as a natural site that features whale fossils with feet.

The Naturn Valley has been in Egypt's tentative list of 33 sites for years. Finally, Egypt has prepared the necessary procedures to move the site to the World Heritage List. The area hosts four beautiful, ancient monasteries that still boast monastic life. They are the fourth-century monasteries of saints Bishoy and Macarius, the Parameos Monastery, and the sixth-century Syrian Monastery.

In 2018, the Vatican acknowledged the Natrun Valley as a pilgrimage point, being one of the areas believed by some to have hosted the Holy Family in their journey fleeing the persecution of King Herod.


One of the most stunning landscapes on the trail of the Holy Family in Egypt is that surrounding monasteries located in Wadi el-Natrun, a valley lying between Cairo and Alexandria. It is unconfirmed whether or not the Holy Family were actually in the area, but those who believe they were claim that branches of the Nile River crossed through the valley at the time, hence their arrival therein.

Others from within the Orthodox Church believe there are is not enough evidence to prove reports of a Holy Family visit, reasoning that the natrun salt-saturated valley is too rough for a child, a young mother and an old man.


The valley’s oldest recorded name is the Hieroglyphic Sekhet Hemat (the salt field) and the Ancient Egyptians extracted its salt for mummification. Regardless of the controversy, historians agree this is where monasticism was first founded, back in the fourth century.

The Monastery of Saint Macarius encompasses 11.3 square meters, including churches, a fort and beautiful forest-like fields that make the monks self-sufficient in terms of food. This particular monastery is famous as a home for highly educated and deeply spiritual monks. The vast land of the monastery, endless green fields, its relative remoteness and the friendliness as well as tolerance of its monks add to the serene atmosphere visitors feel upon entering the long, tree-lined road leading to its gate.


Ankh, the ancient Egyptian hieroglyphic ideograph referring to “life,” was carved on one of the monastery’s buildings along with other Christian symbols, such as the two fishes and the five loaves of bread. Russians, Romanians, Greeks and Ethiopians visit the area for religious reasons.

Previously, Father Cyril at el-Paramoesi Monastery told Egypt Today he hopes more tourists will visit to learn how Coptic culture and art evolved over time. He also referred to Hamra (red) Lake, a nature reserve where visitors may take a therapeutic dip after visiting the monasteries complex. Father Cyril added that Wadi el-Natrun “tells the history of monasticism, where people have prayed for centuries. It is also an archeological site and older than Mount Athos in Greece.”

The door to Virgin Mary church in Paramoes Monastery is designed in Fatimid Islamic style, according to Father Cyril. The door dates back to the tenth century: 1,700 years of Pharaonic, Coptic, Byzantine and Islamic art are reflected in the melting pot characteristic of Egyptian culture. Egyptian Christians who migrated from Egypt always bring their children back to monasteries to learn of their roots and the stories of saints, Father Cyril explained.

Egypt is one of the earliest countries that embraced Christianity and is where monasticism was ever founded. If accepted by UNESCO, the Natrun Valley would be the third Christian site in Egypt to be in the World Heritage List. 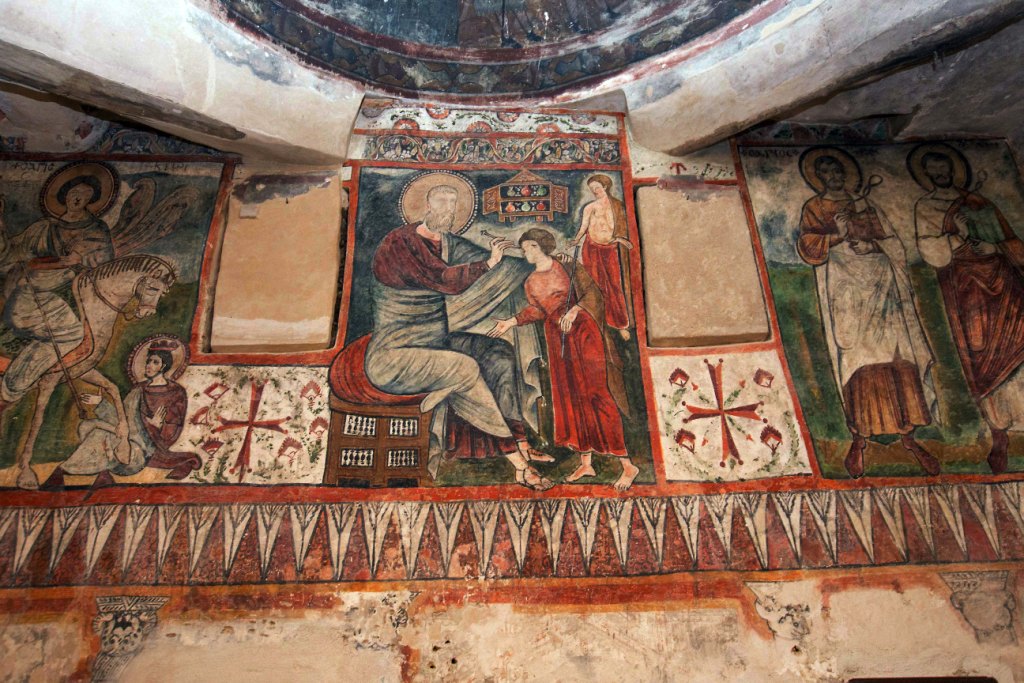 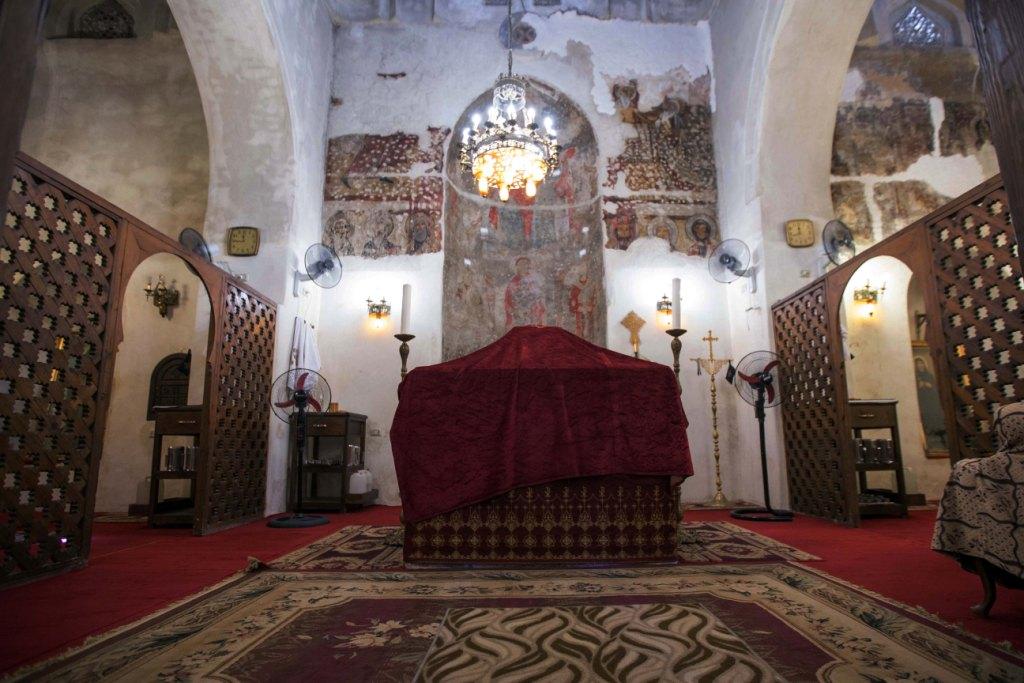 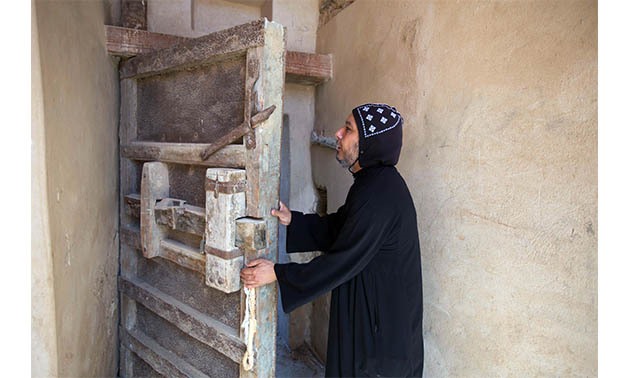 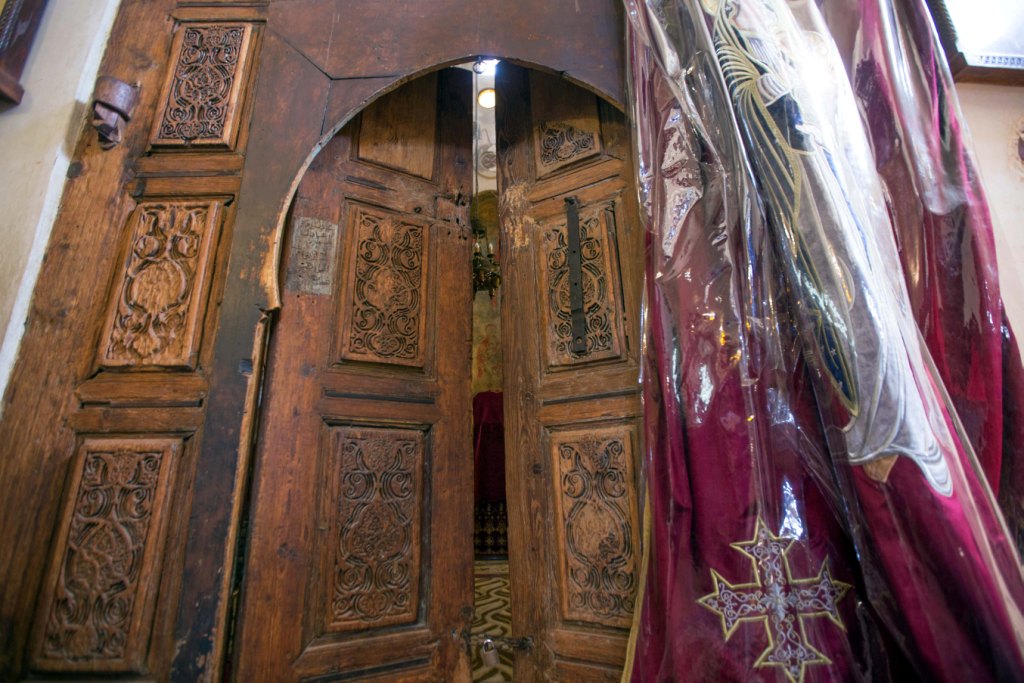 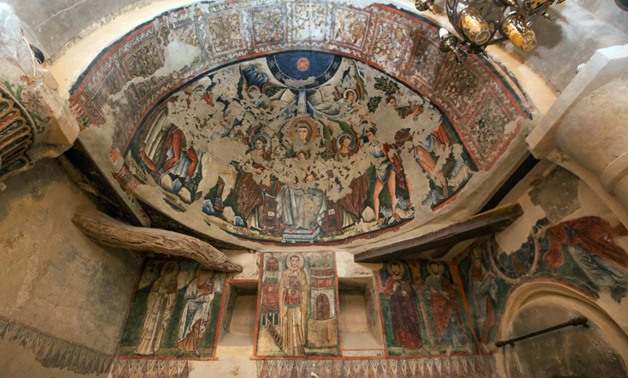