Study: The ancient Egyptians mastered the art of playing musical instruments for 5000 years 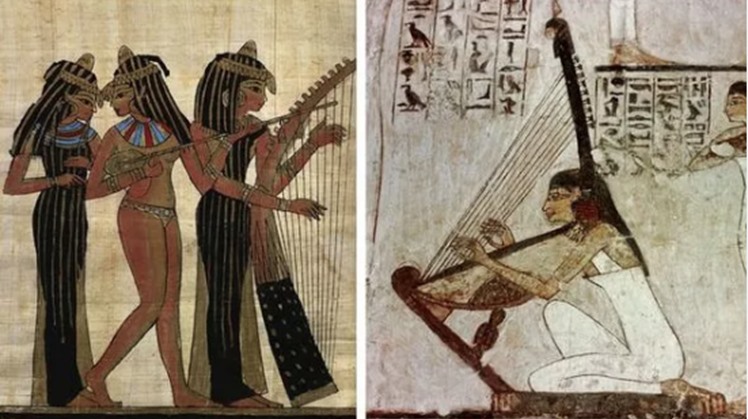 Sun, Jan. 5, 2020
A recent study was conducted, showing that ancient Egypt was home to many lyricists who mastered the art of music about 5,000 years ago, ancient Egyptian songs and melodies may have been lost forever, but archaeologists have discovered evidence that skilled musicians were present at the time of the rise of civilization Ancient Egyptian in 3100 BC.

According to Katarzina Tato, the researchers unfortunately did not know what kind of sounds and structures the Egyptians had used, according to .express.co.

The archaeologist Kartarzina Tato pointed out that the main problem we face during the research is the lack of archaeological materials "documents" related to music theories and notations, adding that we have a simple understanding of how to adjust the tools or standards used, and followed that with no musical symbols available in Modern understanding of the word, we can only guess some guesses about the sound systems and the time intervals used.