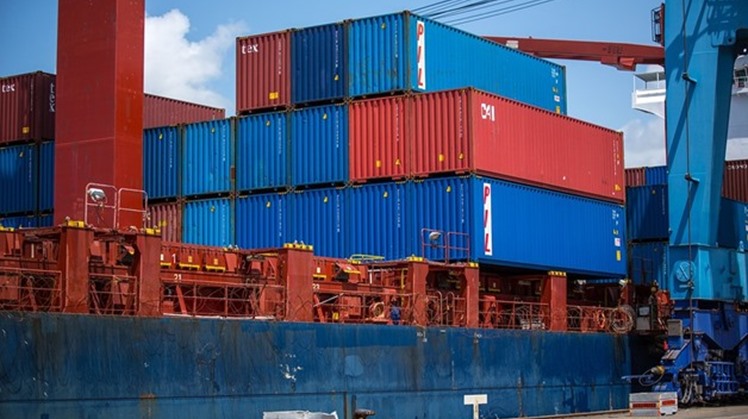 Tue, May. 28, 2019
CAIRO - 28 May 2019: Egypt aims at boosting exports by $55 billion over the next five years. However, non-oil exports have been rising by 10 percent annually since launching the Trade and Industry Strategy 2016-2020, that increase does not match the manufacturing capabilities of the state.

In FY2017/2018, Egypt achieved a 12.7 percent growth in non-oil exports to record $12.7 billion from $15 billion in the previous fiscal year. The prime minister held meetings with export council's representatives in the previous weeks, where each presented a vision on possible mechanisms to increase exports.

In parallel, the state carries out economic reforms and takes measures that would boost the value chain by decreasing raw material exports, and increasing investments in the manufacturing sector.

Chairman of the Egyptian Commercial Service (ECS) Ahmed Antar told Egypt Today that the state targets 12 African states in the plan’s first phase. Those are Ethiopia, Rwanda, Uganda, Zambia, Tanzania, and Kenya in the East; and, Nigeria, Senegal, Ivory Coast, Gabon, Ghanam and Benin in the West.

Those states are selected based on a number of elements including economic growth, ranking in ease of doing business index, and existing economic and trade cooperation. Such cooperation can be strengthened by not just growing exports but also by importing manufacturing inputs.

A source at the Export Development Authority (EDA) revealed that the authority in collaboration with export councils will send 12 trade missions this year to some African countries, Russia, Brazil and others having trade agreements with Egypt. The mission to Russia in September will be concerned with the chemicals sector.

The sectors working on increasing their exports include pharmaceuticals, furniture, and handicrafts among others. Member of Furniture Export Council Abdo Sholah said that Egyptian producers in the sector have not taken part in any missions over the past two years. He added that since floatation, the cost of exhibiting furniture abroad has increased taking into consideration that the pieces require large areas. Sholah stressed that displaying the products using catalogues is not enough.

Chairman of the Handicrafts Export Council Hesham al-Gazzar stated that his entity targets a rise worth 10 percent. The council also targets supporting exporting companies through training programs held in collaboration with international institutions.

Chairman of Chemicals and Fertilizers Export Council declared that his entity targets to raise the sector’s exports by 20 percent in 2019 to $6.5 billion from $5.3 billion last year. That sector is the largest in terms of exportation.