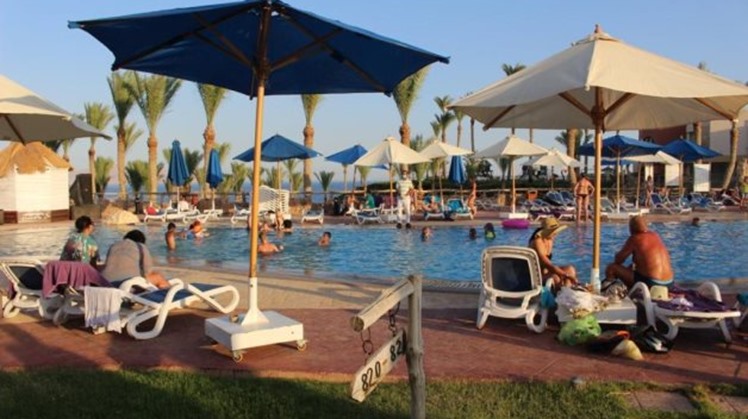 Mon, Nov. 8, 2021
CAIRO - 7 November 2021: In an interview aired on ON E channel on Saturday, UK Ambassador in Cairo Gareth Bailey said his country and Egypt closely cooperate economically, pointing out the British investments in Egypt are estimated at £50 billion as over 2,000 British companies invest in the Egyptian market.

Bailey said he looks forward to fostering the investments in Egypt, noting the agricultural sector tops the aspects of bilateral cooperation given that Egypt seeks to increase its agricultural exports to Britain.

The ambassador underlined that his country seeks to invest in the technology domain in Egypt as well as renewable energy sources.

As for President Abdel Fattah El Sisi's speech during the UN COP26 summit in Glasgow, the ambassador stressed the importance that the developed and rich countries be committed to offering $100 billion to the developing ones.

London and Cairo cooperate in the transport sector, especially in the monorail, the ambassador noted, saying the production line of the monorail's cars is in Derby. The monorail will be a symbol of Egypt's future as a great power in renewable energy.

He pointed out that he had noticed several changes when assuming office, including the new cities and road and bridges network, describing the new republic as massive and excellent.

He added that his role as an ambassador is to invite the British and European investors to think about the available opportunities in Egypt.

All the foreign ambassadors feel the Egyptian success and deliver the image abroad, he added, clarifying the Egyptian market is open for all.