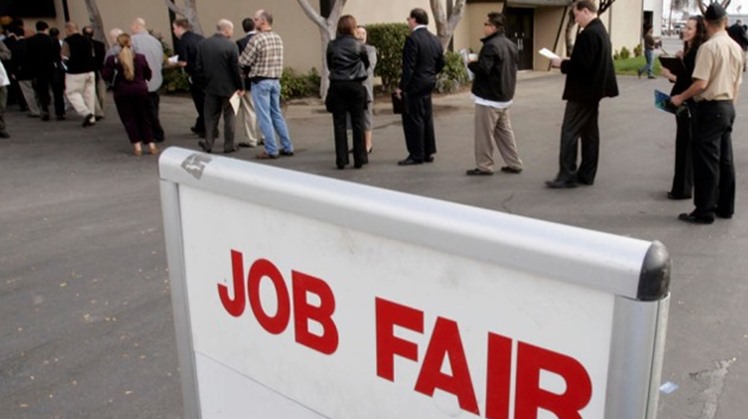 Wed, Oct. 27, 2021
CAIRO - 27 October 2021: Egypt's Minister of Planning and Economic Development Hala El-Said chaired on Tuesday in Paris the bilateral session with the Directorate of the World Economic Forum (WEF) presenting the "National Plan for the Development of the Egyptian Family" having the economic empowerment of women at its core.

On the impact of the COVID-19 pandemic on Egyptian women and the measures taken by the state to protect them; El-Said indicated that the rate of women's participation in the labor market recorded 13.8% in 2019, adding that Egypt has scored 0.449 on the United Nations Development Program's Gender Inequality Index (GII) during the same year.

El-Said explained that the female unemployment rate has decreased from 21.4% in 2018 to 17.7% in 2020, in spite of the effects of the pandemic, noting that the Egyptian state aims to improve the rate of women’s participation in the workforce to reach 23%.

El-Said highlighted the Egyptian state's measures to protect women in the face of the Covid-19 challenge, noting that these measures included granting working women exceptional leave for pregnancy or female employees who take care of children 12 years old or younger.

El-Said pointed to the continuation of the "Executive Leadership for Women" training program offered by the National Institute for Governance and Sustainable Development (NIGSD) - the training arm of the Ministry of Planning and Economic Development - despite the pandemic conditions.

“A sustainable innovation lab was launched, which specifically targets the economic empowerment of women and people with special needs, in 2021, in addition to developing a joint action plan between the Ministry of Interior, the National Council for Women (NCW), and the National Council for Motherhood and Childhood to address domestic violence against women and children during the pandemic,” El-Said explained.

El-Said referred to the Egyptian government’s efforts in the field of gender equality, where she explained that the state had taken some important institutional steps to empower women economically, including reviving the process of the World Bank’s Gender Equality Model and localizing it in the Egyptian context through the Egyptian Gender Equality Seal (EGES) certification process.

El-Said explained that companies and commercial entities can apply for this certificate. “Two companies from the private sector have been accredited,” El-Said added.

El-Said said that Egypt is the first country in the Middle East and North Africa (MENA) region to launch the model for closing the gender gap at the World Economic Forum (WEF), noting that it focuses on a partnership between the public and private sectors to enhance the economic empowerment of women.

Concerning promoting women's financial inclusion; The Minister of Planning and Economic Development emphasized that another pillar through which the Egyptian government addresses gender equality is economic empowerment through financial inclusion, as the proportion of women with bank accounts nearly doubled to 27% in 2019, up from only 14% in 2014.

In 2020, Egyptian women obtained 51% of the total loans directed to micro-enterprises, with a default rate of not more than 1%. Moreover, microfinance balances destined for women increased during 2020 to constitute 62% of the total number of beneficiaries of microfinance programs.

The minister added that the Central Bank of Egypt (CBE) introduced some regulatory reforms to complement the government's initiatives towards enhancing financial inclusion for women. These include issuing guidelines for banks to collect and report sex-disaggregated data to track progress in women's financial inclusion, standardizing the definition of women-owned businesses, and issuing new regulations for mobile banking.

On the financial savings plans established and supported by the government, the Minister of Planning indicated that village savings and loan associations are being implemented, allowing women to save, develop their financial capital, and start their small projects. These associations target 500,000 women in various governorates.

El-Said indicated that the total amount provided by Nasser Bank to finance new small businesses amounted to LE346 million, bringing the total number of beneficiaries to 71,431 during 19/2020.

During her speech, the Minister of Planning and Economic Development referred to partnerships for gender equality; She explained that the Egyptian government is working alongside national and international development partners to promote gender equality, and this work includes joining the Equal Pay International Coalition.

El-Said said that the digital gap is not between countries, but within each country as well, noting that there is a digital gap between males and females, as 61.5% of males between the ages of 15 and 74 use the Internet, as for females, these percentages decrease.

According to the Network Readiness Index issued by the World Economic Forum (NRI), Egypt ranked 115 out of 134 countries in the sub-index on the “social and economic gap in the use of digital payments” in 2020.