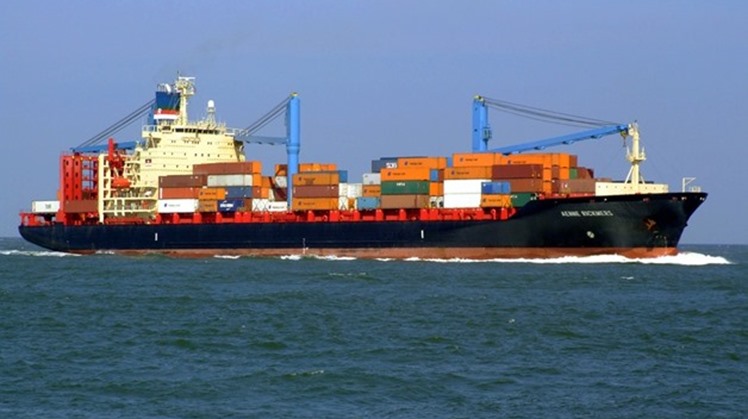 Kung clarified Sunday that Vietnamese exports to the Egyptian market worth $458 million, while the value of his country's imports from Egypt reached $33 million.

This came during the activities of the Egyptian-Vietnamese Economic Business Forum, organized by the Egyptian Chamber of Commerce in Alexandria under the title "Discussing ways of cooperation and commercial and economic potentials between Egypt and Vietnam.

Kung pointed out that the economic and trade cooperation between the two countries witnessed an advanced step forward and achieved encouraging results following the visit of President Abdel Fatah El-Sisi to Vietnam in 2017 and the late Vietnamese President Tran Dai Quang to Egypt in August 2018, which gave a strong impetus to strengthening our cooperation in all fields later.

He pointed out the need to encourage more activities to promote trade and investment between the two countries, explaining that the Embassy of Vietnam will provide all basic information about the Vietnamese market, which will contribute to learning more about the Vietnamese market, noting that the country's population is currently 95 million, with a growth rate of more than 6 percent for 30 consecutive years, and the existence of security and political stability, which is seen as a good destination for investment activities and a gateway to the Southeast Asian market (ASEAN) that brings together about 650 million people.

So far, Vietnam has received foreign direct investment from 138 countries through 32,658 projects, with a total registered capital of $381.5 billion, and 13 free trade agreements have been signed with all economic powers and major powers in the world, he said.

He added that his country has become one of the countries producing mainly in the world for many products such as electronics, clothes, shoes, furniture, basa fish, shrimp, cashews, coffee, black pepper and rice, and this feature has opened the door for many commercial opportunities for world merchants to get their goods from Vietnam.

For his part, First Vice President of the Egyptian Chamber of Commerce in Alexandria, Ahmed Hassan, said that Egypt has one of the largest markets in the Middle East and North Africa region, and is pursuing steady steps, according to a well-thought-out plan, to diversify its economy and develop its production capabilities in various fields by establishing strong partnerships with the largest number of international partners to accelerate development, investment, and assistance in transferring knowledge and localizing technology.

He added that Egypt is not only a large market with 100 million consumers, but rather a market that can cover more than 1.8 billion consumers through free trade zones that deal without customs with the Arab world, the European Union, the European Free Trade Association, Mercosur and all of Africa, noting that during the past seven years, Egypt has invested in infrastructure and presented mega projects, especially in the fields of energy, to provide the appropriate environment for international investments.

"We welcome Vietnamese investors and industrialists who wish to enter into economic partnerships in the industrial zones currently being established in Egypt. We also invite them to invest in all fields, especially in the productive sectors, the sectors of small and medium enterprises, energy and manufacturing, agriculture, fish farming, and fertilizers, textiles, marine arsenals, communications, and tourism, bearing in mind that Egypt is one of the highest countries in the world to achieve a return on investment,” Hassan added.

He stressed the importance of enhancing the exchange of visits at the level of the private sector, to allow wider areas to identify the investment environment, available facilities and target sectors, and to allow exploration of more opportunities to build partnerships that contribute to pushing economic relations between the two countries to broader horizons.