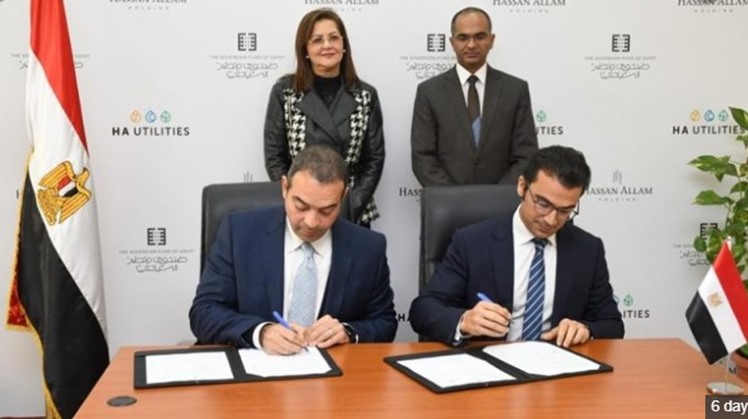 Saeed added in a statement that the establishment of Egypt's Sovereign Fund comes as one of the effective partnership mechanisms between the public and private sectors.
This came during a seminar entitled "Egypt as a hub and portal for trade and investment in Africa", organized by the Egyptian British Business Council on the sidelines of the Uk-Africa Investment Summit 2020 held in the British capital, London.

Saeed reviewed during the seminar the positive results of the reform program in recent years, which resulted in achieving an upward growth rate of 5.6 percent in the fiscal year 2018/2019.

She also explained that this growth has lead to investment and net exports and caused the unemployment rate to fall to about 7.8 percent in the first quarter of the current fiscal year compared to 13.3 percent in 2013/2014.

The planning minister pointed out that the Egyptian Government implemented many projects to improve the infrastructure, and encourage investors. “This is in addition to improving the quality of life for citizens through establishing national road network projects and energy sector projects, especially new and renewable energy. The Egyptian Government constructed the largest solar power plant in the world in the Benban, Aswan,” she added.

She emphasized that the Egyptian state supports small and medium enterprises and has taken a number of serious measures in that matter, according to a comprehensive perspective of the financial, legislative and institutional aspects.

Saeed pointed out that the state seeks to diversify funding sources by creating mechanisms for effective partnership between the government, the private sector and the civil society, making amendments to the law regulating the private sector's participation in projects of infrastructure, services and public utilities.

The minister affirmed the country's keenness on sustaining the achieved economic growth by focusing on a number of promising sectors, and implementing an action plan for structural reforms in these sectors.

She referred that these sectors also open the way for the participation of the private sector to benefit and enjoy strong networking relationships with the rest of the sectors.
Saeed explained that those sectors include manufacturing, wholesale and retail trade, tourism, construction, real estate, communications and information technology, extraction activity, and agriculture.

UK-Africa Investment Summit is the largest annual investment event held for the eighth time outside Africa; it aims to strengthen the partnership between Britain and African countries in order to build a secure and prosperous future for all, in addition to holding large new investments to create job opportunities.

The three-day UK-Africa Investment Summit is held in Britain from Monday to Wednesday. On the sidelines of the summit, British Prime Minister Boris Johnson will meet with Egyptian President Abdel Fatah al-Sisi, as well as a number of African leaders, the British government said.

Britain has invited 21 African countries to attend the summit, the British Embassy in Cairo said, adding that Sisi, along with Johnson, opened the summit, as Egypt, the current chair of the African Union, is a key participant.