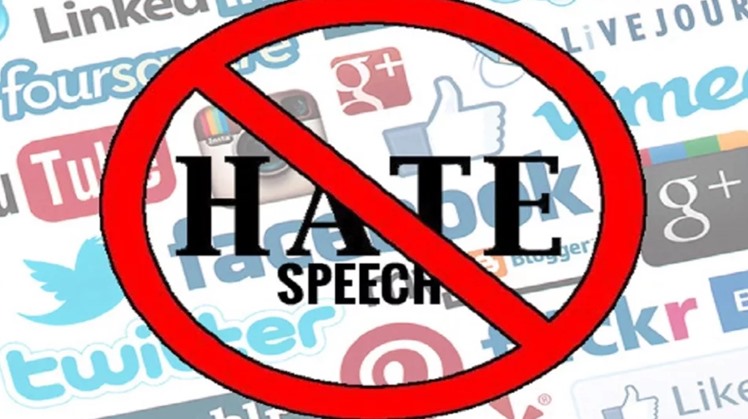 Mon, Dec. 16, 2019
CAIRO - 16 December 2019: The World Youth Forum 2019 held a panel discussion on "Combating Extremism & Hate Speech on Digital Platforms" in which they examined the definition of hate speech and the different approaches to deal with it, featuring speakers from different backgrounds.

Burundi Minister of Youth Posts and Information Evelyne Butoyi said that some social media users exploit such platforms against her country and its decision-makers. “Extremism and hate speech used to exist for ages but digital media have given them more space to proliferate...However, we can still use traditional media to confront discourse of hate...We call upon everybody to be responsible and careful when dealing with the information they come across...Youths deserve to have a stable life, whereas they can achieve their dreams,” Minister Butoyi stated.

The discussion has later tackled how to differentiate between freedom of speech and hate speech on social media. A panelist said that there is a need to define hate speech and understand how to deal with it. Hate speech is a colloquial word as the human rights international law has no definition for it.

“Because of this ambiguity, you can see governments utilizing specific laws to restrict legitimate expressions...Those governments may label political expression, political opposition and religious differences fake news...On the other hand, there are marginalized social segments that become vulnerable because of hate speech and violence incitement,” the panelist explained.

“As for how to handle hate speech, you find two main viewpoints on the matter. One viewpoint suggests that no restrictions should be imposed on speech and that the best way to combat hate speech is to allow more freedom of speech. The other viewpoint supports regulations,” the panelist added.

“Article 19 of International Governance and Civil Protection Rights clearly stipulates what is freedom of opinion and what is freedom of expression. The same article states that is not an absolute right and requires that specific limitations must be put on this right. Article 20 provides that law shall proscribe speech that advocates religious and racial discrimination,” the panelist explained.

“International Government on the Elimination of Racial Discrimination Law states that proscribing that kind of hate speech is perfectly compatible with the freedom of expression,” the panelist added, stressing the need to reconcile two values. One is that each society should allow freedom of expression. The other is that it should protect the vulnerable and marginalized segments while achieving equality. “Human rights laws apply to both traditional and new media. It is unfortunate that digital platforms do not consider themselves mass media. They perceive themselves as technical companies providing users with open space,” the panelist lamented.

Another panelist clarified that 40 percent of terrorist media content is posted on social media, while the rest is uploaded to websites that are not visible to any research engines. “Since many youths may not find formal statements credible. Hence, there has to be other means to communicate with them. We need to customize message formats that are compatible with social media and that conform to their mindset,” the panelist stipulated.

Former Chairman of the Egyptian National Council for Human Rights (NCHR) Hafez Abou Seada said that digital media create space for the formation of financial structures and organizational structures that serve terrorism threatening the whole world and not just Arab and Muslim-majority countries.

The opening ceremony of WYF 2019 took place on Saturday evening, while the closing will be on Tuesday. The number of participants is 7,000, who were admitted out of 300,000 applicants.