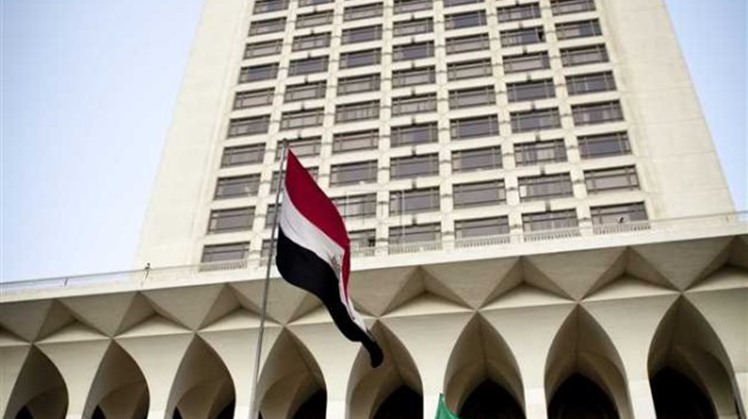 Thu, Oct. 20, 2022
CAIRO - 20 October 2022: Egypt has called on world’s great powers and historic peace partners and sponsors to shoulder their responsibility to help stop violence in the Palestinian territories and urgently move to calm situation in order to encourage the Palestinian-Israeli peace process.


In a statement on Thursday, the Egyptian Foreign Ministry affirmed the necessity of stopping the repeated violations by the Israeli occupation forces in the Palestinian territories over the past few days.

“Egypt is following with great concern the developments of the situation in the occupied Palestinian territories in a number of West Bank cities and in the vicinity of Al-Aqsa Mosque over the past days,” the statement said.

The ministry highlighted “the continuous Israeli attacks and provocations and dangerous escalation in the pace of violence” these cities have witnessed over the past days.

The ministry called for ending this ongoing vicious cycle of violence, assaults and provocations and providing security to civilians whose lives and resources are at stake every day.

Israeli forces have launched raids against cities in the West Bank over the past days especially after the killing of an Israeli soldier at the Shuafat checkpoint in occupied East Jerusalem.

On Wednesday, Israeli occupation troops shot dead a Palestinian youth identified as Oday al-Tamimi, who the occupation authorities accused of carrying out the attack.

Tamimi was shot while attempting to carry out another attack at the gate of Ma'ale Adumim settlement, one of the largest Israeli settlements located about seven kilometers east of Jerusalem.

On Thursday, the Arab Parliament condemned the recent Israeli escalation against the Palestinian people in Jenin, Jerusalem and the entire occupied Palestinian territories, which left a number of Palestinians dead and injured.

In a statement, the Arab Parliament warned of the repercussions of Israeli practices which pose a threat to the region’s security and peace.

It denounced the excessive use of force by Israel and terrorizing the Palestinian people by Israeli settlers and organizations, especially with regard to the “theft” of more Palestinian lands, Judaizing Jerusalem, in addition to the ethnic cleansing carried out on a large scale in Jerusalem and the West Bank.