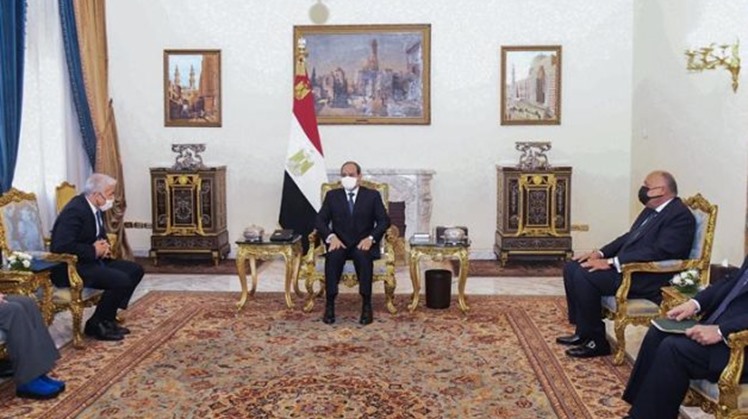 “The President affirmed Egypt’s ongoing efforts to achieve a comprehensive and just peace in the Middle East on the basis of the two-state solution and the international legitimate laws, in a way that achieves security and stability and opens up prospects for cooperation and development for all the peoples of the region,” said Radi.

The meeting dealt with aspects of bilateral cooperation between the two countries in various fields, in addition to issues of common interest in the regional and international arenas, especially the Palestinian issue.

President Sisi also focused on Egypt’s efforts for reconstruction in the Gaza Strip, adding that Egypt will continue its efforts related to preventing an outbreak of tension between the Palestinian and Israeli sides, Radi continued.

Yair Lapid is paying Cairo a one-day visit on Thursday to hold a session of talks.

On September 13, 2021, President Sisi met with Israeli Prime Minister Naftali Bennett in the Egyptian city of Sharm El-Sheikh, where they held bilateral discussions. President Sisi reiterated Egypt’s support to all efforts to achieve a comprehensive peace in the Middle East based on the two-state solution and international legitimacy resolutions.