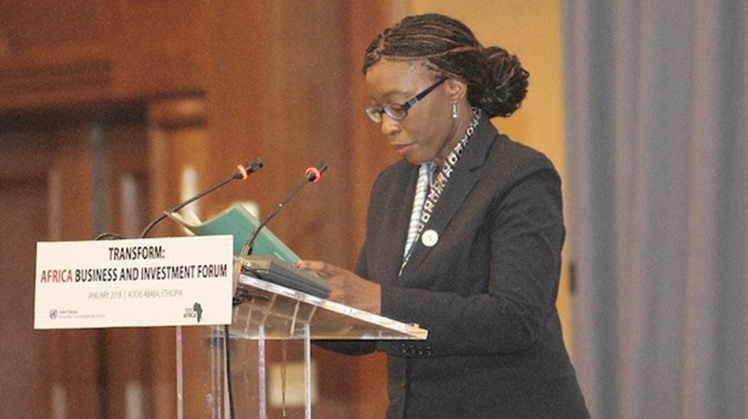 Tue, Nov. 26, 2019
CAIRO - 25 November 2019: Egypt won the chairmanship of the North African Sub-Regional office during the 34th session of the Intergovernmental Committee of Experts in North Africa, Kalthoum Hamzaoui, director general of Tunisia's Ministry of Development and International Cooperation,announced on Monday.

Hamzaoui also revealed the nomination of Algeria as deputy office and of Mauritania as the seat for this session.

The 34th Session of the Intergovernmental Committee of Experts for the Sub-Regional Office for North Africa of the Economic Commission for Africa (ECA) kicked off on Monday, Nov. 25 in Aswan and will run until Nov. 28.

The conference is attended by the seven member states of the Economic Commission for Africa (ECA):Egypt, Tunisia, Algeria, Morocco, Libya, Sudan, and Mauritania. This is in addition to a number of UN agencies, governmental and non-governmental organizations, and staff of the United Nations Secretariat, and private sector entities. .

On Nov.24, the Ministry of Planning released a statement clarifying that hosting the conference comes in light of the Egyptian Government's commitment to strengthening global development partnerships to achieve sustainable development goals and strengthen African intergovernmental ties in light of Egypt's presidency of the African Union.

The ministry stressed the importance of the African Continental Free Trade Agreement because of its contribution to the flow of trade in goods and services, especially in light of the high level of tariff liberalization between African countries.

Previously, the Planning Ministry signed an agreement with the United Nations on arrangements for hosting the 34th session of the Intergovernmental Committee of Experts for the Sub-regional Office for North Africa of the Economic Commission for Africa.

The African Continental Free Trade Agreement (FTA) is a trade agreement among 49 AU member states, signed in Rwanda on March 1. The idea came up at the 18th meeting of the African Union Summit, held from January 27 to 27 in Addis Ababa, to promote intra-African trade.

The agreement aims to remove tariff restrictions on intra-African trade, thus creating a market for all goods and services within the African continent. The agreement came into force on May 2 through ratification by countries.