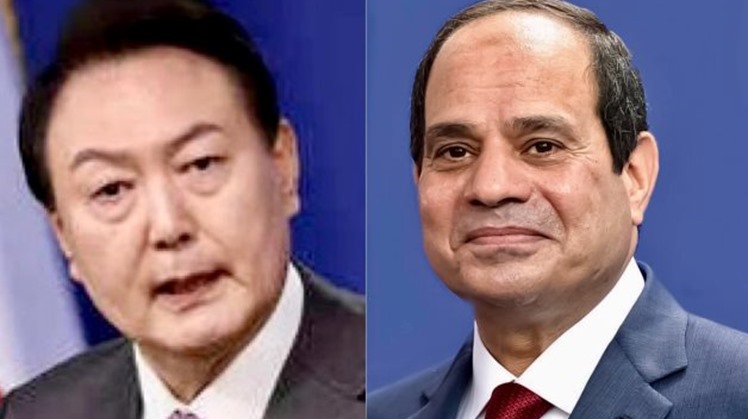 
The two presidents discussed a range of issues important to the bilateral cooperation, especially those with regard to economy and investment. In this regard, the strong relationship between Egypt and South Korea and the successful Korean investments in Egypt in several fields were noted, Rady said.

They also exchanged views on regional and international issues of mutual interest and cooperation to address climate change, in light of COP27 Egypt is hosting next November in Sharm El Sheikh, he added.

President El-Sisi congratulated President Yoon Suk-yeol on South Korea’s “National Foundation Day” which is celebrated on the third of October.

The Egyptian President reiterated that his country takes pride in its long-standing close relationship with South Korea which is based on partnership, Rady said.

The South Korean President expressed his appreciation for the President’s generous gesture, praising the strong relationship between South Korea and Egypt, Rady added.

President Yoon Suk-yeol also affirmed that the people of South Korea appreciate Egypt and its ancient civilization, the spokesperson continued.

He underscored that South Korea aspires to strengthen the bilateral relationship at various levels, particularly at the economic and trade levels, and to increase the South Korean investments amid Egypt's soaring economic growth and comprehensive development, Rady said.