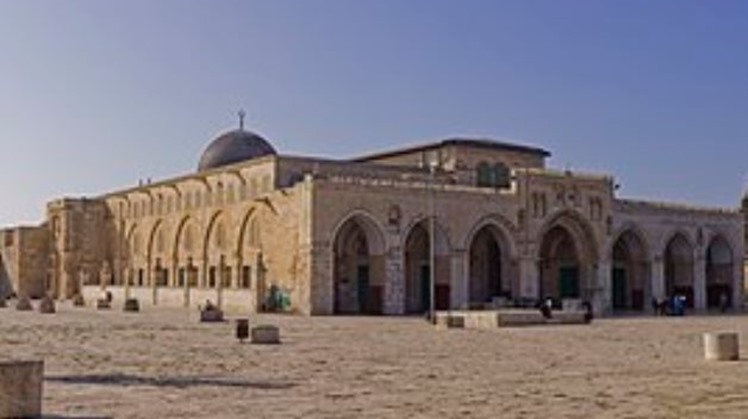 Mon, Apr. 4, 2022
CAIRO – 3 April 2022: Egypt denounced on Sunday the Israeli escalation on Palestinian territories over the past days, including the storming of Al Aqsa Mosque by Israeli settlers under the protection of Israeli police, and the rise in "operations targeting Palestinian citizens", Spokesperson of the Ministry of Foreign Affairs Ambassador Ahmed Hafez said.

The spokesperson reaffirmed the "necessity of evitating escalation immediately," particularly during the Holy Month of Ramadan as well as Christian and Jewish holidays.

That is in tandem with "not slipping into circles of violence that obstruct achieving the desired stability and intensify the tense climate, which would only lead to reciprocal escalation," the press statement indicates.

Ambassador Hafez stressed "the salience of abiding by the rules of international law, securing the mandatory protection for Palestinian civilians as well as halting any practices that violate the sanctity of Al Aqsa Mosque and the other sacred venues, and the identity of Eastern Jerusalem.

The spokesperson condemned on February 17 Israeli attempts aimed at the displacement of Palestinians from their homes in Sheikh Jarrah neighborhood lying Eastern Jerusalem, and at altering the demographic identity of that section of the city.

The ministry's spokesperson, Ambassador Ahmed Hafez, noted in a statement that such practices represent a violation to international legitimacy resolutions, and international law.

The statement indicated that Egypt follows up with deep concern the violent events experienced by Sheikh Jarrah neighborhood, where Palestinian citizens are subject to provocative practices and violations that would trigger tensions Eastern Jerusalem.

Ambassador Hafez stipulated the necessity of providing security to the Palestinian people, and halting the demolition of houses as well as the confiscation of lands in both the West Bank and Eastern Jerusalem. The diplomat further reiterated that the persistence of such unilateral acts would undermine chances to achieve the two-state solution, and peace aspired in the region.

Minister of Foreign Affairs Sameh Shokry reaffirmed in March, during a meeting with senior Palestinian officials, that Egypt is backing reconstruction in Gaza Strip, and the two-state solution to the Palestinian Cause.

The minister asserted that Egypt continues to contact regional and international parties that can help create an environment favorable for the resumption of negotiations between the Palestinians and the Israelis.

In that context, he stressed that Egypt adopts the Palestinian people's right to establish "their independent state on the borders of June 4, 1967," having as capital Eastern Jerusalem.