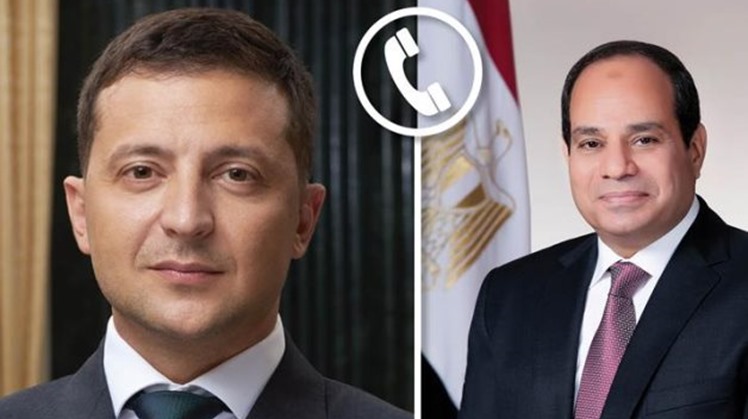 The Ukrainian President voiced his country’s keenness to strengthen cooperation relations between the two countries, especially in light of Egypt’s pivotal role under the leadership of President Sisi for stability and security in the Middle East and the African continent, Radi said.

President Sisi praised bilateral relations between Egypt and Ukraine, stressing his aspiration to upgrade the ties, especially in the fields of food industries, wheat silos, ports, energy, and tourism, besides the importance of establishment of joint investment projects.