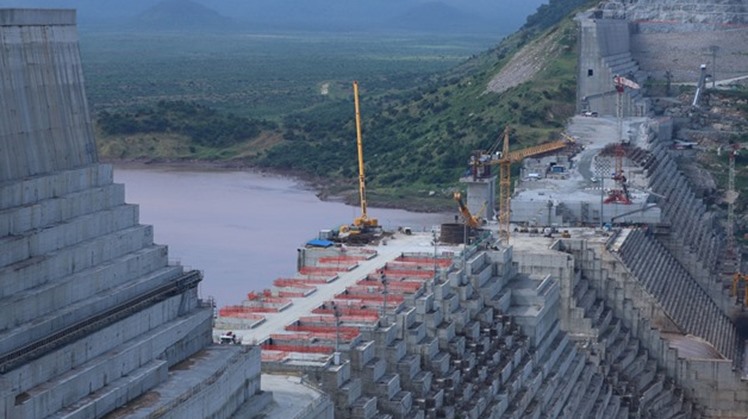 President Sisi re-affirmed the fundamentals of the Egyptian stance mandating the crystallization of a legal binding agreement among Ethiopia, Sudan, and Egypt on the rules of dam operation and reservoir filling.

The president stressed that the Nile Water is an existential problem for Egypt and its people expressing appreciation for the efforts deployed by President Ramaphosa.

On his side, the AU chair praised Egypt's endeavors to reach solutions to the disagreement asserting that continuous coordination among both countries over the next period to conclude a fair and balanced agreement.

The call also covered aspects of bilateral cooperation, and ways to serve fellow African states on both the AU level and the international level.

“In June 2021, the dam will start its first round of power generation,” he said during an online lecture at the University College London (UCL).

The Ethiopian announcement of generating power comes amid rejection by the other Nile downstream countries [Egypt and Sudan]. Four days ago, Sudanese Prime Minister Abdullah Hamdok stated that the GERD directly affects his country, asserting that it must not be operated until an agreement is reached.

The three countries have conducted several meetings under the brokerage of the African Union (AU) over the last few months, but they reached a stalemate every round they held on the technical and legal points of contention.