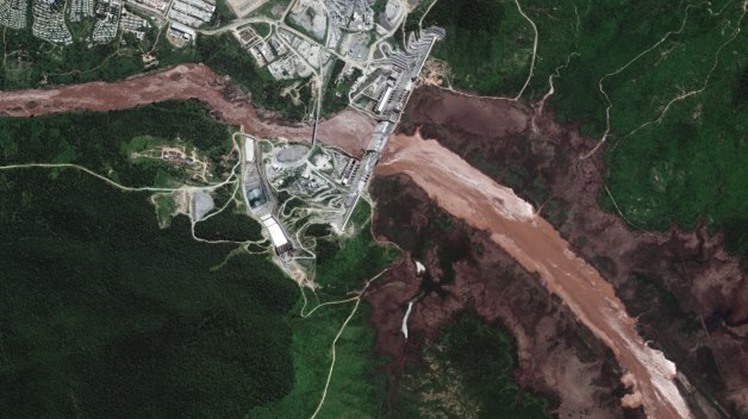 Thu, Aug. 6, 2020
CAIRO – 6 August 2020: In a letter sent to South Africa, which currently presides the African Union (AU), Egypt retaliated its total rejection to the Ethiopia unilateral acts concerning the filling and the operating the controversial Grand Ethiopian Renaissance Dam, announced the Egyptian Ministry of Water Resources and Irrigation in a statement on Wednesday evening.


The letter included Egypt’s rejection to the unilateral act committed by Ethiopia when it conducted the first of phase of the filling the dams reservoir with Nile Water on July 22, 2020, without going back to the downstream countries [Egypt and Sudan], whose shares of Nile water could be affected by the operation and the filling of the Egyptian dam.


The Egyptian letter also voiced Egypt’s refusal to an Ethiopian proposal concerning the points of contentions, asking for reaching a fair and comprehensive legally binding agreement between the three countries.


Two days ago, both the Sudanese and the Egyptian Ministries of Irrigation said that the tripartite negotiations on the GERD are suspended to discuss an Ethiopian offer.


A meeting was held on August 4, 2020 between the ministers of irrigation of the three countries, Egypt, Sudan, and Ethiopia, it included the experts from the African Union and Monitors from the United States and the European Union.


The Egyptian and Sudanese representatives said that the Ethiopian offer contradicted what was agreed during a meeting held on August 3, 2020, which stated that the negotiations should focus on the outstanding points in order to reach a final agreement.

The Ethiopian offer had guidelines that did not include any legally binding rules regarding operating and filling of the dam, said Egyptian and Sudanese representatives.

In the ministerial meeting held on August 3, 2020 to regulate the resumption of negotiations on the operation and reservoir's filling of the Dam, Sudan urged reaching an agreement that ensures the safety of Roseires Dam.


If the volume of water arriving from the Blue Nile decreases, particularly in times of drought, the turbines of the Sudanese Roseires Dam will be damaged. Also, increased pressure on the dam due to the release of an amount of water that was held in GERD and that surpasses its capacity at once can cause its collapse.