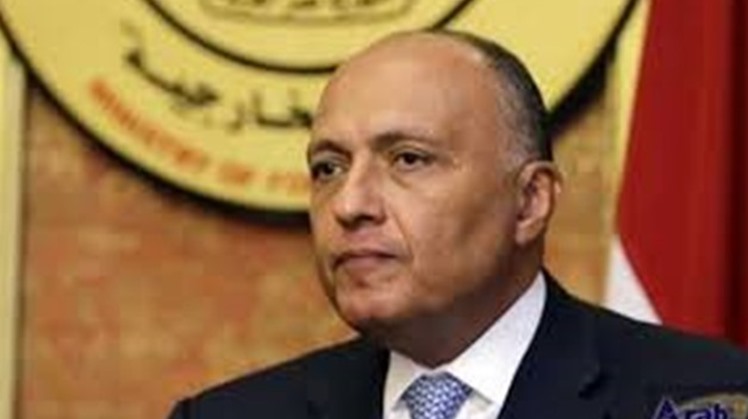 According to Hafez, handing the message took place during a meeting that took place in Paris.

During the meeting, Shoukry called on France and the EU countries to exert more efforts to push Ethiopia into signing the agreement on filling and operating the dam, with the aim of maintaining security and stability in the Horn of Africa region, the spokesman added.

Nearly week ago, Shoukry embarked on a tour of which he visited number of Arab and European countries to deliver Sisi’s message to several leaders regarding GERD.

On March 11, Bahrain’s King Hamad bin Isa Al-Khalifa affirmed his country’s solidarity with Egypt to ensure its legitimate Nile water rights, as Egypt and Ethiopia have been in a diplomatic conflict, especially recently, over the filling and operation of the Grand Ethiopian Renaissance Dam.

President Sisi also sent a message to Jordanian King Abdullah II on the recent stalemate between Egypt, Sudan, and Ethiopia on GERD. The message was delivered by Shoukry.