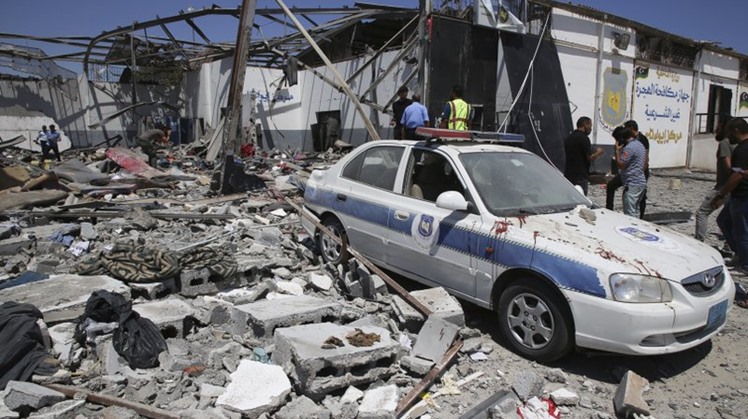 Shoukry explained the focus should fall on fighting extremist organizations parallel to reaching a comprehensive settlement of the crisis, according to Egyptian Foreign Ministry Spokesperson Ahmed Hafez.

Libyans must play the main role in resolving their economic issues with international support, Shoukry said, alongside restoring the legitimacy of their institutions and reshaping the presidential council to better represent all Libyans, Egypt Independent website said.

The foreign ministries of 13 countries participating in the follow-up committee stressed their commitment to supporting the ceasefire and arms embargo in Libya, aiming to move forward in resolving the Libyan crisis under the UN’s guidance.

Recent violations on the ceasefire and the embargo, particularly in Tripoli, were discussed during the meeting which was headed by German Foreign Minister Heiko Maas and the UN Support Mission in Libya’s head Ghassan Salame.

UN Deputy Special Representative to Libya Stephanie Williams said that the arms embargo had become a “joke”, and called for proper monitoring against violations on land, sea and air.

The UAE’s Minister of State for Foreign Affairs Anwar Gargash highlighted the importance of the Arab role in finding a political solution against terrorism and extremism in Libya.

The Berlin Conference held on January discussed the threat the Libyan crisis poses to the Mediterranean Sea and Europe. It included the participation of the five permanent members of the UN’s Security Council, neighboring countries to Libya such as Egypt, the European Union, and the African Union.