US keen to Pump more investment in Egypt in light of recent legislative reforms: delegation 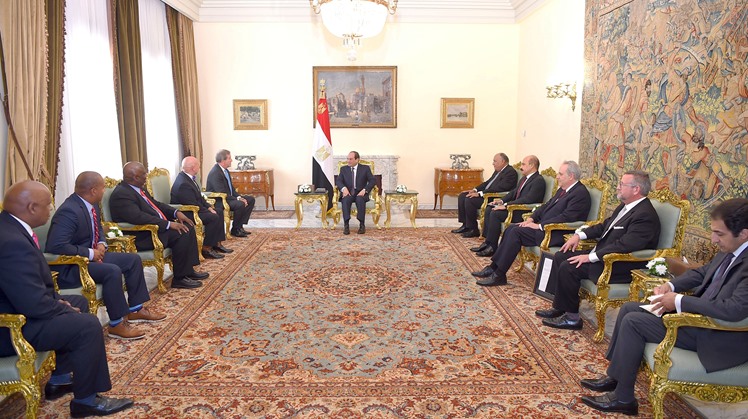 Sun, Oct. 13, 2019
CAIRO – 13 October 2019: A delegation of US senators and representatives from South Carolina asserted their country's seeking to to pump more investments in Egypt in light of the recent legislative reforms carried out by the Egyptian government, according to local media.

The delegation have toured Egypt's New Administrative Capital as part of their current visit to the African state, calling it a qualitative leap in terms of smart cities and modern world.

It was accompanied by Egyptian Minister of Investment and International Cooperation Sahar Nasr, the ministry said on Thursday.

The delegation affirmed their country's keenness to pump more investments in Egypt in light of the recent legislative reforms carried out by the Egyptian government.

They also praised the new administrative capital project as it represents an opportunity for a great economic partnership between Egypt and America.

The US delegation visited the new headquarters of Egypt's House of Representatives currently under construction, Al-Fattah Al-Alim Mosque, one of the biggest mosques in the Arab world, as well as the Cathedral of the Nativity, the largest cathedral in the Middle East.

For her part, Sahar Nasr stressed the strength of the strategic and economic relations between Egypt and the US, praising the role played by Congress in strengthening partnership between the two countries, especially in the economic field.

Nasr said that the Egyptian state is working to attract investments in major national projects that respond to the needs of citizens and work to create job opportunities for youth and women.