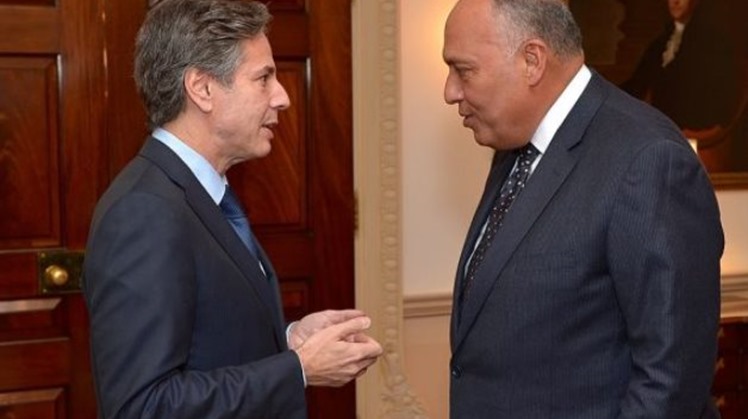 Wed, Sep. 21, 2022
CAIRO - 21 September 2022: Egyptian Foreign Minister Sameh Shoukry held on Monday a session of talks with US Secretary of State Antony J. Blinken on bilateral relations and a raft of regional and international issues of mutual concern.

During a meeting on the fringes of the 77th session of the UN General Assembly (UNGA 77) in New York, the two sides hailed ties between Cairo and Washington as "strategic", Foreign Ministry Spokesman Ahmed Abu Zeid said on his official Twitter account.

Earlier in the day, Shoukry held a meeting with his Cypriot counterpart Ioannis Kasoulides, during which the two ministers affirmed the deep-rooted ties between Egypt and Cyprus.

The spokesman pointed out to continued consultation between Cairo and Nicosia on regional and international issues of mutual interest.