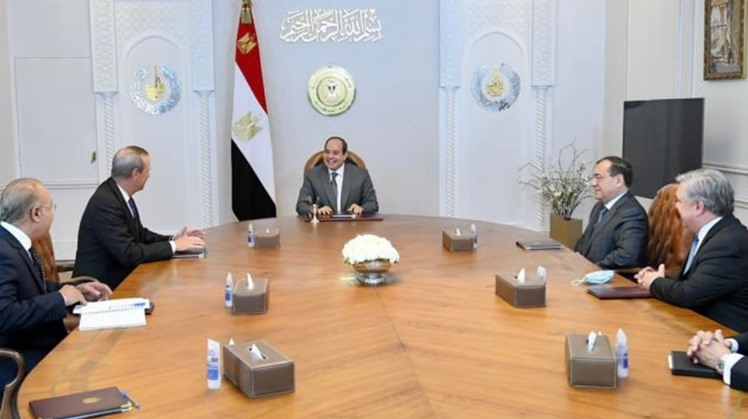 Presidential Spokesman Bassam Radi said Sisi asserted Egypt's full support to all activities of Chevron which is specialized in the oil prospection, exploration and production in view of its vast expertise in the oil and gas industry worldwide in a way that could support the oil sector in Egypt and contribute to maximizing the benefit from the state's resources for current and coming generations.

The president also affirmed the depth of cooperation and strategic ties between Egypt and the US in all fields, added the spokesman.

Chevron CEO, for his part, voiced appreciation for Sisi and his backing for the company's business in Egypt that has extended over decades.

He asserted that the company was keen on developing its strategic partnership with Egypt in light of the great economic growth achieved under the leadership of President Sisi especially the high standards of infrastructure introduced in the state in general and the oil and gas sector in particular.

He also underlined the regional cooperation projects which are currently underway to transfer and liquefy natural gas, highlighting its importance in view of the current world energy crisis.