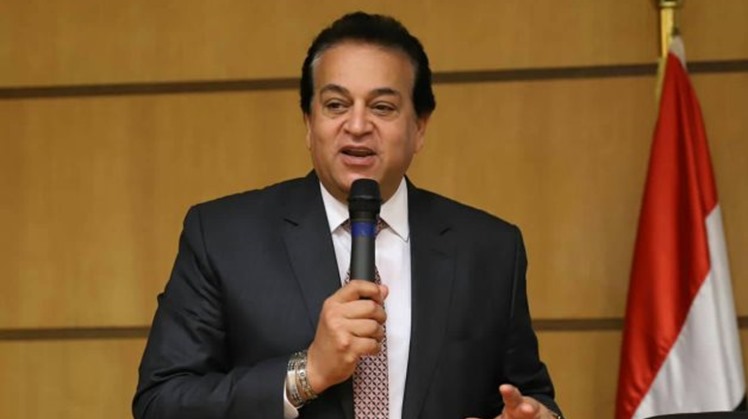 "This was clearly demonstrated by many successful joint research projects," the minister added during a signing ceremony to extended the US- Egypt Agreement on Science and Technology Cooperation for five years this agreement was originally inked in 1995.

"More than 18,000 research papers have been published over the past decade as part of the Egyptian-US scientific cooperation, constituting about 10 per cent of Egyptian research output during this period," Abdel Ghaffar said.

The minister stressed that "the agreement's renewal comes at a time when scientific has proven to be critically important, given the ongoing global battle against Covid-19."

Meanwhile, the US ambassador noted that the "agreement in the vital area of science and technology is yet another testimony to the depth and breadth of the US-Egypt relationship, which ranges from security and military partnership to economic development, commerce, cultural heritage preservation and education."

"The United States boasts the top governmental and private science and technology research institutions in the world and we are delighted to continue to partner with Egypt to expand S&T initiatives and our collective knowledge and capacity," Cohen said.

The US- Egypt Agreement on Science and Technology Cooperation supports stronger ties between top US and Egyptian researchers, public and private research institutions, and industry.

The bilateral agreement will facilitate staff exchanges and bolster collaboration on research and innovation, including environmental protection, health security, and agriculture, as well as enhance intellectual property protection in both countries. It is also designed to help create well-paying jobs in cutting-edge industries.

Egypt is one of only four countries in the world that has a funded bilateral science and technology cooperation agreement with the US.