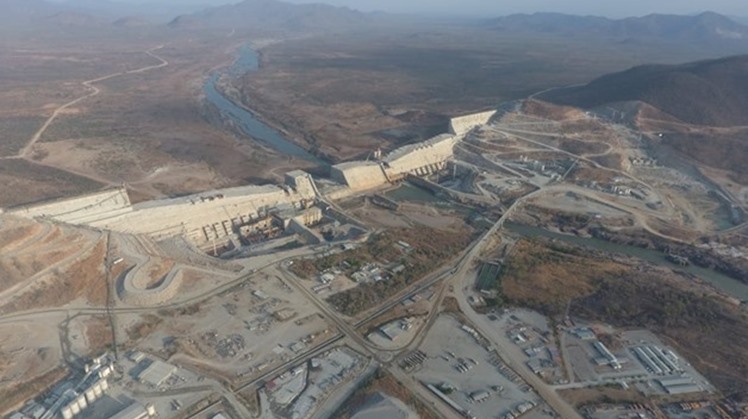 Shoukry traveled to the U.S. on Monday to participate in talks with the foreign and irrigation ministers of Ethiopia and Sudan over GERD in a final bid to resolve months of stalemates between Cairo and Addis Ababa over the operation of the mega-dam.

The meetings, scheduled until tomorrow, come under an agreement by the parties to reconvene in Washington this month.

The spokesperson for Egypt’s Ministry of Water Resources and Irrigation Mohamed al-Sebaie has said this round will firmly focus on reaching solutions that satisfy the three parties, indicating that it was agreed to set a timetable for filling the dam, especially the procedures followed in the drought years.

The spokesman added that the final agreement is expected to include rules on filling the dam as well as dealing with droughts, the main part that secures Egypt and a safe operating of the dam to preserve the rights of the downstream countries.

He affirmed that the agreement will also include other elements, such as conflict resolution, through the presence of a mechanism to deal firmly with issues binding all parties, and also by setting up a mitigation mechanism for the annual and long-term operation of the dam during droughts.

He finally pointed out that Egypt depends on around 98 percent of the Nile's water, and any slight defect will negatively affect the country, stressing that the dam should be managed jointly so that Egypt can guarantee its share of the water.

Last October, the Water Resources and Irrigation Ministry said negotiations with Ethiopia had reached a dead-end after the two sides failed to reach an agreement over the filling of the dam.

The Egyptian government blamed the failure of the talks on obstacles from the Ethiopian side.

Since Ethiopia started constructing the dam, Egypt has voiced its fears that the project would negatively impact its water supply and historic share of the River Nile.

On Friday, during the 36th session of the Executive Council of the African Union in Addis Ababa, Shoukry discussed with his South African counterpart Naledi Pandor the latest development of tripartite consultation between Egypt, Sudan, and Ethiopia on the Grand Ethiopian Renaissance Dam (GERD).

The Egyptian Foreign Minister reviewed the current situation and Egypt’s positive engagement and its good faith in the negotiation to reach a fair agreement on filling and operating the dam, so that it would achieve Ethiopia's development goals without causing harm to Egypt's water interests, said Egyptian Foreign Ministry Spokesperson Ahemd Hafez in a statement on Friday.