Egypt is one of Germany’s main partners in ME, key role in maintaining stability and security: Merkel 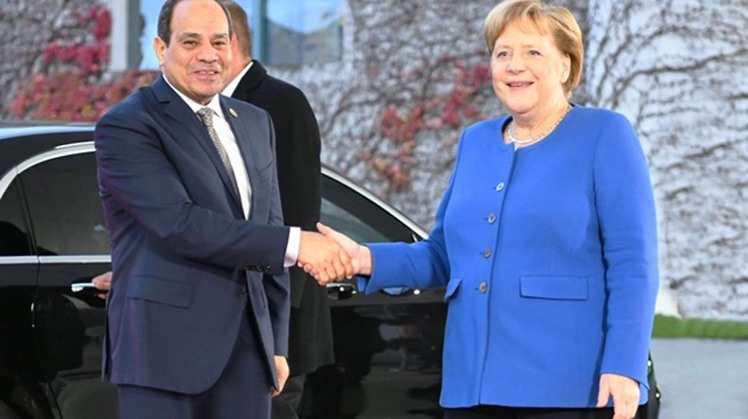 Mon, Nov. 25, 2019
CAIRO – 25 November 2019: German's Chancellor Angela Merkel asserted to Egypt's President Abdel Fatah al-Sisi on Wednesday that "Egypt is one of Germany’s main partners in the Middle East as it plays a key role in maintaining stability and security in the region."

According to a statement issued by presidential spokesperson Bassam Rady, Sisi and Merkel met in Berlin on the sidelines of the G20-Initiative Compact with Africa (CwA).

The meeting witnessed extensive talks between the delegations of the two countries, according to Rady. Merkel praised the two countries' relations and cooperation, describing it as “unprecedented.”

For his part, Sisi praised the qualitative leap witnessed by the bilateral relations between Egypt and Germany in all fields.

It is worth mentioning that Egypt and Germany signed €300 billion agreements on the sidelines of CwA on Tuesday to finance several projects in the fields of electricity, renewable energy, technical education and employment, innovation in the private sector and small and medium enterprises.

President Sisi arrived in Germany on Sunday to attend the G20-Initiative Compact with Africa (CwA) on Tuesday. On the sidelines, he met with a number of German officials and delegations.