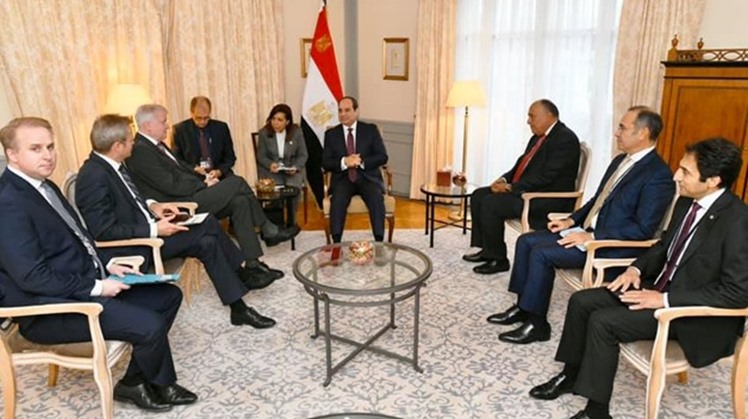 Thu, Nov. 21, 2019
CAIRO – 20 November 2019: President Abdel Fattah El-Sisi on Wednesday received German Interior Minister Horst Seehofer at the former's residence in Berlin, on the sidelines of the G20 Compact with Africa initiative, the Presidency said in a statement.

During the meeting, President Sisi affirmed that combating terrorism and extremist ideology with the aim of achieving security and stability is part of human rights that must be guaranteed by each state through actual practices on the ground.

Sisi also highlighted the need for the international community to support counterterrorism efforts for the benefit of humanity and for a better future for next generations.

"Egypt is one of Germany’s main partners in the Middle East as it plays a key role in maintaining stability and security in the region," Merkel said.

For his part, Sisi praised the qualitative leap