Egypt, PRL sign a number of contracts worth $466.3M after meeting with Sisi 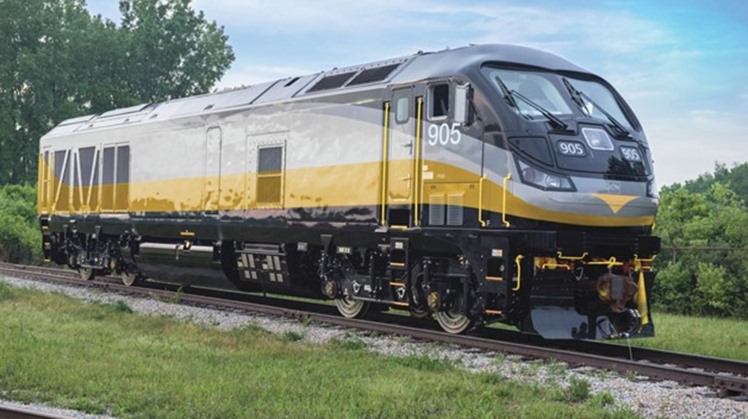 The American company will supply 50 train engines over 22 months, carry out long-term maintenance for 41 engines by June 30, and upgrade 50 others within 30 months since the conclusion of the deal. The company will also provide maintenance services and spare parts for those 141 train engines for 15 years. The value of contracts will be secured through soft loans, except for $27 million that will be paid by ERA’s treasury, according to state news agency, MENA.

In July, ERA endorsed the technical specifications of two passenger railcars to be supplied by Transmashholding in September. Those are part of a contract to supply 1,300 railcars. One of the railcars will be tested in Hungary, so it will be granted the safety certification by the European Railway Agency. The other will be tested in Egypt. Afterwards, the first batch of railcars in the contract will be delivered in accordance with the timeline set by both parties.

The contract states that 650 railcars will be supplied from Hungary, 500 will be delivered by Russia, and 150 will be manufactured by Egypt under the supervision of Transmashholding. An Egyptian locomotive factory will be established as part of a plan to localize the locomotive industry in Egypt and transfer the know-how to workers, technicians, and engineers in the sector. The factory will produce the 150 railcars and also provide maintenance services.

The representatives of ERA and Transmashholding agreed to hold further visits and meetings to study the possibility of cooperation in rail infrastructure, mobile rail, workshops, new lines, and maintenance of existing railcars.

In the same month, an official source told Egypt Today that ERA needs 12 rail test machines to detect and repair defects in railroads revealing that contracts to purchase eight of those are being finalized.

ERA will receive four rail test machines worth €8.5 million by the end of 2020 supplied by an Austrian company with which a contract was signed a few months ago. The machines will enable the authority to better diagnose defects in the railroads which would increase the safety, and inhibit derailment accidents.