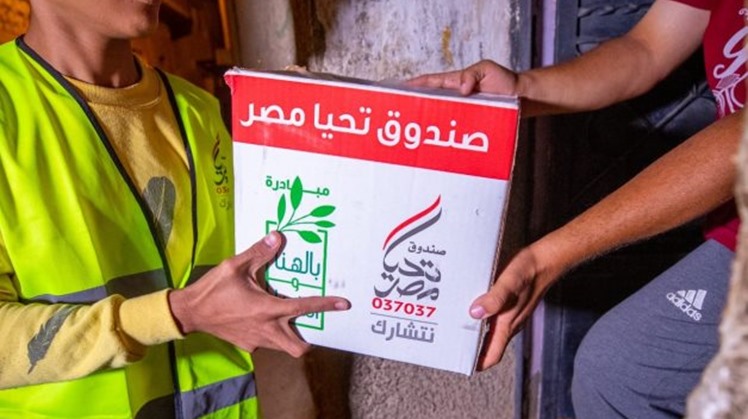 The statement came following a meeting between Egypt’s President Abdel Fattah El-Sisi and Advisor to the Egyptian President for Financial Affairs Mohamed Amin to follow up on the activities and contributions of the Fund.

The Fund has contributed EGP 22 billion in various sectors, including EGP 7 billion for urban development and alternative housing.

The allocated funds also include EGP 11.5 billion for the health care field, such as measures related to the coronavirus pandemic as well as the various health initiatives and medical devices at hospitals.

Moreover, the Fund has allocated EGP 1.3 billion for social protection initiatives and economic empowerment, and EGP 1 billon for the cases of emergency and natural disasters.

The President has directed the Tahya Misr Fund to continue providing its contributions and enhancing its activities and programs within the framework of a harmonious and fruitful partnership with government agencies, civil society institutions and the private sector.

This would mobilize the state's own capabilities as one of the tools for development and face societal challenges, the president said.

This also comes within the framework of the state's strategy to support and meet the needs of the most vulnerable families and raise the level of services provided to them, the president added.

The donation-based Tahya Misr Fund was established in 2014 to activate the president’s initiative to establish a fund that supports economy.

The fund seeks to achieve sustained and comprehensive economic growth, alleviate poverty, meet the needs of the vulnerable, and establish partnerships between local, regional and international sectors.

The fund also aims to encourage the engagement of the private sector along with the government agencies concerned in the development efforts.