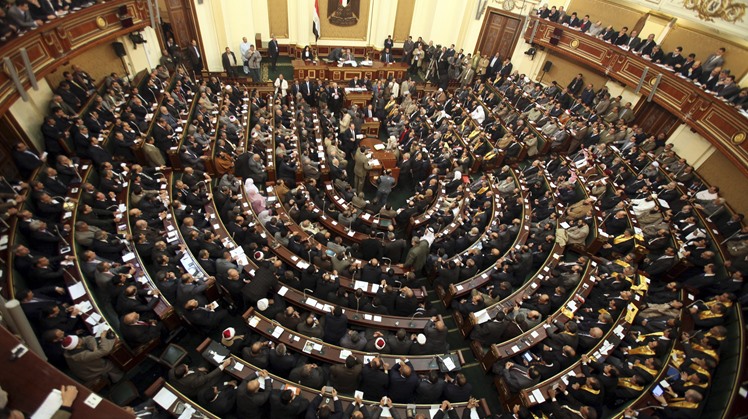 Sun, Nov. 27, 2022
The Egyptian Parliament expressed its complete rejection to the European Parliament decision issued on 11/24/2022 regarding the human rights situation in Egypt.

The Parliament said in a statement, Friday that the European Parliament decision “was based on a package of inaccuracies and false allegations that are not related to reality, and reflects only a biased and subjective view of the reality of the situation in Egypt.”

“This is considered a flagrant interference in the internal affairs of a sovereign state, in violation of the charters of the United Nations, which cannot be bypassed or turned a blind eye to. It is totally unacceptable.” The statement added.

The Egyptian parliament clarified the truth regarding several things was mentioned in the report including the Emergency law, Alaa Abdel Fattah and Ayman Hadhoud death.

The parliament explained that “despite most of the European Parliament report was not credible or impartial, and does not require any kind of attention”, some things, however, must be explained.

On the other hand, the European Parliament statement stated that “Egypt implements death penalty against children.” However, the truth is the Egyptian legislation absolutely prohibits the imposition of punishments of "death and life imprisonment" on children.

The report also stated that Alaa Abdel-Fattah has been “arbitrarily arrested on baseless charges”. In fact, He was not arbitrarily detained, but rather was sentenced by the judicial authority to five years in prison for proving that he committed a criminal offense, in Case No. (1228) of 2021.

The report also indicated that “Ayman Hadhoud” was tortured to death and died on 3/5/2022, and that no independent autopsy or credible investigation was conducted by the Egyptian Public Prosecution; In fact, the Public Prosecution, investigated the incident and issued a clear statement regarding it, in which it indicated that there was no criminal suspicion in Hadhoud’s death, and that it conducted an autopsy on his body with the knowledge of the Forensic Medicine Authority, which indicated that the cause of death was a chronic disease in heart, and that his body was free from any injury indicating the use of violence.

The House’s said that the European Parliament report either was not aware of the developments in Egypt or "neglected them for incomprehensible reasons", including issuing the National strategy for human rights.

The Egyptian Parliament eventually affirmed that that “upgrading the human rights system” in Egypt has become a national goal, motivated by the desire to meet the Egyptian citizens aspirations for a decent life and preserve their rights and freedoms.