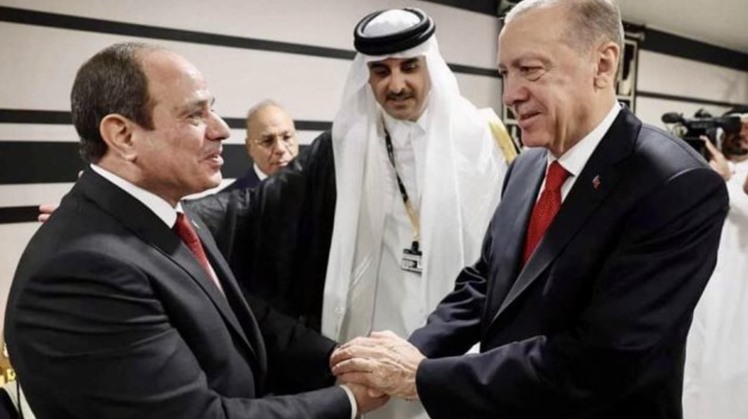 Fulfilling the invitation of Qatari Emir Sheikh Tamim Bin Hamad al Thani, President Abdel Fatah al-Sisi headed Sunday to Doha to attend the opening ceremony of the 2022 FIFA World Cup to be held in the evening.

President Sisi has been to Doha in September, paying the Gulf state his first visit since he assumed office in 2014, so as he and the Qatari Emir attended the signing ceremony of three MoUs.

One was between the Sovereign Fund of Egypt (TSFE) and the Qatar Investment Authority. Another was signed between Egypt's Social Solidarity Ministry and the Qatari Ministry of Social Development and the Family in the sphere of social affairs. As for the third, it was inked between the two countries on cooperation in the sector of ports.

In an interview with Qatar News Agency, President Sisi noted that economic and investment cooperation between Egypt and Qatar is one of the most promising areas of joint interaction, saying this topic was discussed in detail over the past year between senior Egyptian and Qatari officials in light of the variety of available investment opportunities in Egypt.

Sisi hoped that the ideas and initiatives that were floated lately would turn into joint investment projects in the natural gas and renewable energy domains as well as the green hydrogen and petrochemical industries and lead to a closer cooperation between Egypt's sovereign fund and its Qatari counterpart.