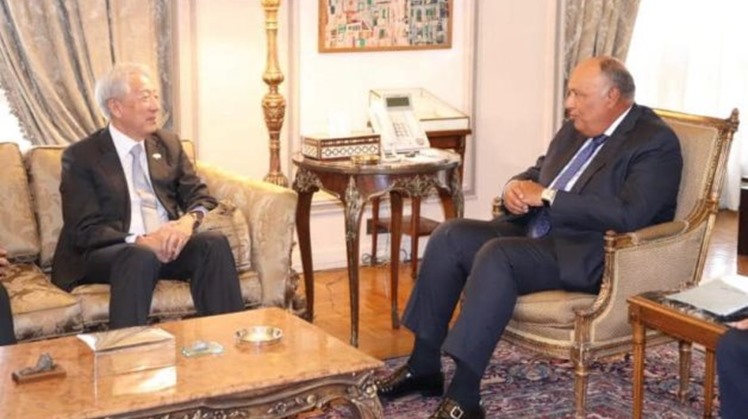 In this regard, Shoukry, also president-designate of COP27, and Hean during their Cairo meeting discussed coordinating priorities and providing funding and technology to the developing countries to achieve the goals of global climate action, a statement by the Egyptian Foreign Ministry read.

In this framework, Shoukry affirmed that Egypt looks forward to Singapore’s participation in the conference at the highest levels.

The foreign minister affirmed Egypt’s keenness to continue developing relations with Singapore in all fields.

The two sides exchanged views on the most vital issues on the international arena and their impact on global economic stability. They reviewed their visions on ways to achieve stability and security in many areas of conflict.

Egypt’s Minister of Interior Mahmoud Tawfik received on Monday Hean along with the delegation accompanying him during his official visit to Egypt.

During the meeting, a number of security issues of common interest were reviewed.

The Singaporean official praised the stable security situation that Egypt is currently witnessing thanks to the continuous security efforts by the Egyptian police.

He affirmed his aspiration to strengthen and develop mechanisms of cooperation and levels of coordination with the ministry and to activate channels for exchanging information related to combating terrorism.

For his part, Tawfik praised the deep friendship that binds the governments and peoples of the two countries.

He also affirmed his keenness to raise the levels of security cooperation and exchange of information in the fields of counterterrorism and organized and electronic crimes of all kinds.