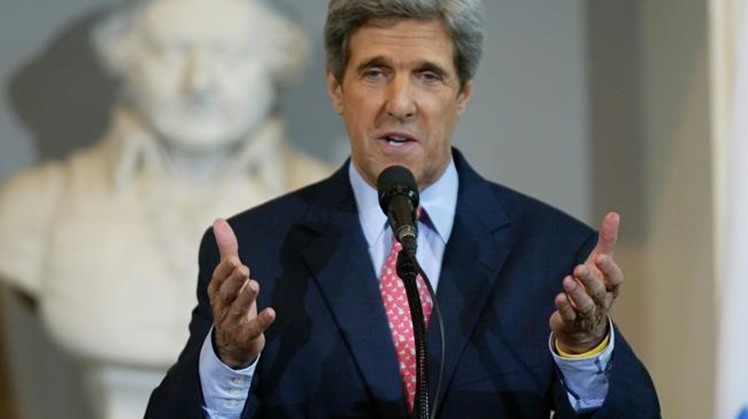 Thu, Sep. 8, 2022
CAIRO - 7 September, 2022: US Special Envoy on Climate Change John Kerry delivered a speech at Egypt- International Cooperation Forum (Egypt-ICF) 2022 in its second edition, which kicked off on Wednesday at the New Administrative Capital.

During his speech at Egypt-ICF 2022 opening ceremony, Kerry delivered the US President Joe Biden’s greetings, which carries a message of peace from the United States for Egypt and the region.

“Twenty countries are responsible for 80 percent of total global emissions, while 24 countries in Africa cause only 0.55 percent of these emissions. Meanwhile, 65% of the global GDP has committed $100 billion to be delivered to developing countries for mitigation and adaptation. We hope that COP27 helps us to push for that,” Kerry said.

“While $755 billion was allocated in 2021 to counter the impacts of the climate change, this sum was not enough to do so,” he added.

Kerry also added that the US has allocated $11.4 billion to counter the effects of climate change, but underlined that it was not sufficient to support developing countries in facing the climate crisis.

He also pointed out that COP27, which will be held in Egypt in Sharm El-Sheikh in November, will happen against the climate crisis that has impacted Europe, US, and China this year, adding that water can become a key cause for political conflicts.

Kerry underlined that increasing blended and concessional finance, as well as private sector investments, are key enablers for climate-smart financing.

This year’s Egypt-ICF and the Meeting of African Ministers of Economy, Finance and Environment, will provide a platform for governments, multilateral and bilateral development partners, philanthropic foundations, private sector, think tanks, and civil society to consider the challenges the continent is offset by and explore avenues to overcome them.

The Forum’s overall objectives include: mobilization of, and acess to finance, to mobilize financing and catalyze private sector investments, focused on developing countries and Africa; financing climate action, adaptation and mitigation to leverage the necessary public and private support to accelerate climate action; and providing a timely platform to explore needed national actions that would help progress towards a just and green transition.