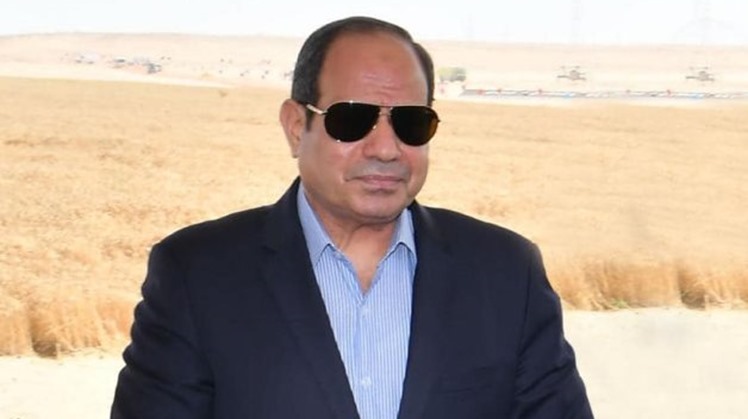 “The talks focused on a number of regional and international issues of mutual concern and challenges facing African and European countries, primarily illegal migration and terrorism,” Rady stated.

“Those necessitate coordination and collaboration between the two sides so as to reach effective solutions for the challenges through a common vision. The two sides also exchanged views with regard to developments in the Russian-Ukrainian crisis and its negative impact on the global economy,” he added.

The spokesman for the Presidency further noted that the president asked for his greetings to be conveyed to the president and prime minister of Latvia.

President Sisi emphasized his keenness on enhancing cooperation and bilateral relations with Latvia, and on continuing coordination between the two countries on political topics of mutual interest.

Latvia's foreign minister stressed that he is honored to meet with President Sisi, and confirmed that his country is keen on pushing forward bilateral cooperation with Egypt, particularly in light of its crucial role in the Middle East, Mediterranean regions and Africa.

The spokesman said the meeting reviewed a multitude of dossiers of common interest. President Sisi commended the activities of Latvian companies operating in Egypt, looking forward for more cooperation between the two sides, notably in the fields where Latvia enjoys outstanding expertise, including communications, IT, education and tourism.