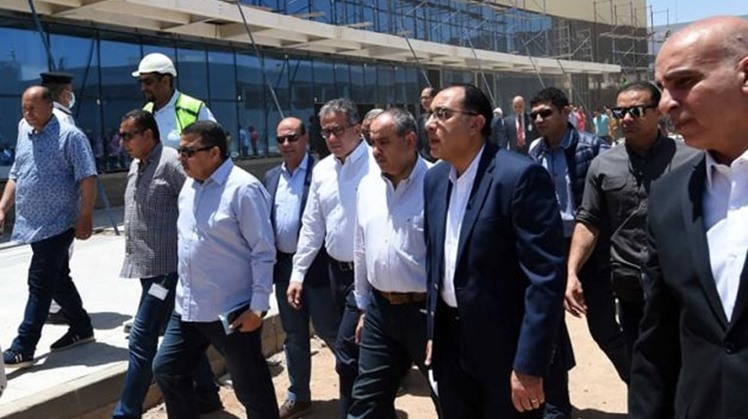 Fri, Jun. 3, 2022
In preparation for hosting the UN Climate Change Conference 2022 (UNFCCC COP27), Egyptian Prime Minister Mostafa Madbouli and a number of ministers and high-level officials made an inspection tour of the ongoing development projects in Sharm El-Sheikh on Thursday.

The Prime Minister has been briefed on the work being carried out to develop and raise the efficiency of facilities and roads, infrastructure and utilities in the city, in accordance with President Abdel Fattah El-Sisi’s directives to reflect Egypt's status and ancient civilization.

According to the development of Sharm El-Sheikh Airport, its capacity would be increased from 7.5 million annually to 9.5 million passengers to keep pace with the increasing tourist traffic to the city.

Mabdouli, meanwhile, affirmed that there will be regular visits to Sharm El-Sheikh to follow up on projects being implemented in the various spheres.

The governor also reviewed the executive position of several projects to develop and raise the efficiency of the road network within the vicinity of Sharm El-Sheikh.

MENA contributed to this story