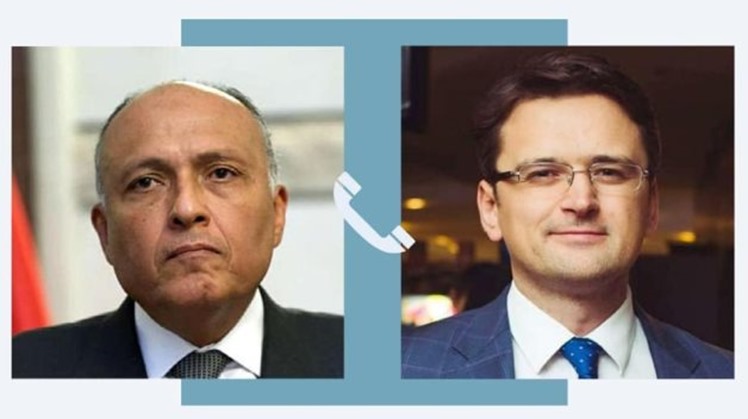 Fri, May. 20, 2022
CAIRO – 19 May 2022: Egypt's Minister of Foreign Affairs Sameh Shokry received on Thursday a phone call from his Ukrainian counterpart Dmytro Kuleba to discuss bilateral relations and developments of the Russia-Ukraine War.

The Ukrainian minister displayed updates on the field and humanitarian scales in light of the ongoing military conflict. In turn, Minister Shokry asserted the necessity of continuing to deploy all efforts that would achieve pacification and a peaceful solution to the conflict.

The minister also stressed the salience of preventing further human losses, and that Egypt would do all it can to back that orientation.

The ministerial delegation had headed to Moscow earlier within a tour held by the Arab League's Ukrainian crisis liaison.

The tour comes in implementation of the Arab League Council recommendations to hold consultations with the parties concerned in order to work out a diplomatic solution to the Ukrainian crisis.

The group, which includes representatives from Egypt, Jordan, Algeria, Iraq, Sudan and the UAE, was formed out of the 157th session of the Council of the Arab League in March.