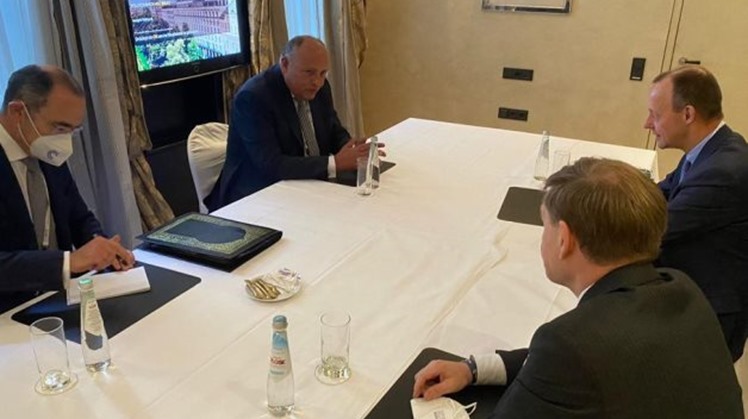 The meeting was held on the sidelines of the Munich Security Conference (MSC2022), Hafez added.

Shoukry headed, on Friday, to Germany to participate in the Munich Security Conference, which is being held on February 18-20, 2022, with the participation of many senior officials, ministers, heads of international organizations, and thought leaders, to discuss the current international situation and the main challenges and crises on the international scene.

On the sidelines of the conference, Minister Shoukry, the COP 27 President-Designate, held a cordial conversation with US Special Presidential Envoy for Climate John Kerry on Saturday, during attending a session on international climate diplomacy.