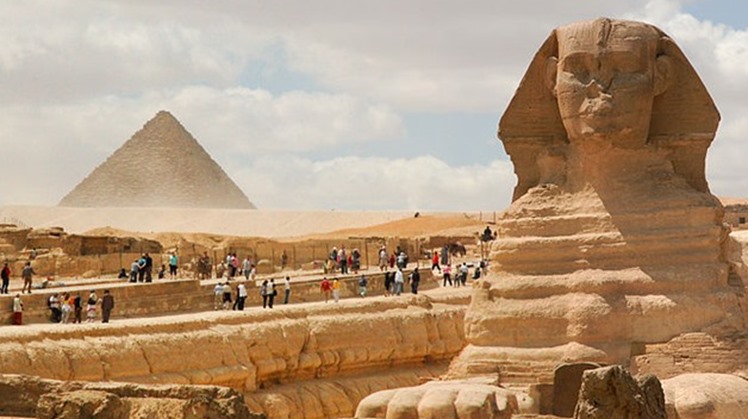 Wed, May. 15, 2019
CAIRO - 15 May 2019: The International Monetary Fund (IMF) mission, headed by Subir Lall, described Egypt's structural program in the tourism sector as a good model from which other countries could benefit.

The IMF mission also hailed the economic reform measures that Egypt has adopted over the past few years.

This came during a meeting held here between Minister of Tourism Rania el Mashat and the head of IMF mission for Egypt along with his accompanying delegations who are currently visiting Egypt to make the final review of the country's economic reform program.

Mashat reviewed the features of the economic development that Egypt is currently witnessing in various sectors, highlighting the major importance of the current phase, which helps build a real and powerful economy at all domains.

Mashat highlighted that her ministry has launched a structural reform program for the first time in November to develop the tourism sector which brings together all partners along with the bodies concerned at the levels of the government, parliament, private sector and investors.

She underlined the importance of the tourism sector for the growth of countries' economies, noting that in Egypt it employs over three million people and accounts for 20% of the gross domestic product.

Meanwhile, she highlighted the significant improvement of the numbers of the visiting tourists to the country in 2018 and 2019.

Moreover, She said that her ministry seeks establishing stronger international partnerships, citing the cooperation with CNN to promote tourism in the country.

She also pointed out to the anticipated opening of the Grand Egyptian Museum (GEM 2020) and new Sphinx airport which will be located near the GEM, a move that will help diversify tourism programs in the country