Egyptian flags seen in Paris streets ahead of Sisi-Macron summit 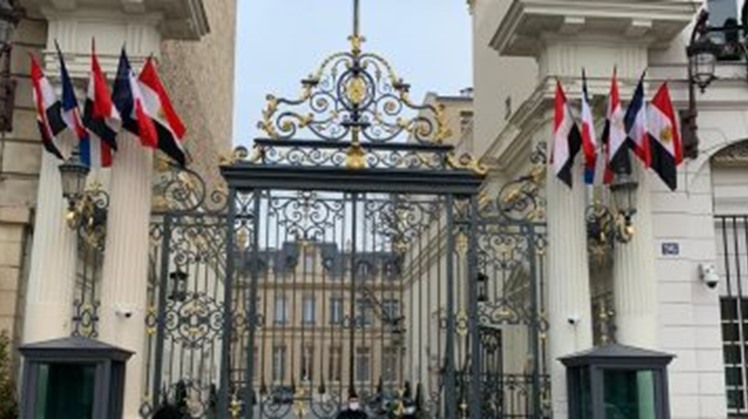 Mon, Dec. 7, 2020
CAIRO – 7 December 2020: Egyptian flags were seen in Paris streets an hour before the beginning of the summit between Egypt's President Abdel Fatah al-Sisi and his French counterpart Emanuel Macron on Monday.


President Sisi arrived in France Sunday in an official visit that will last until Tuesday. Sisi is scheduled to meet with Macron at the French presidential palace (the Elysee).


Monday’s summit is set to tackle various political, economic and security affairs. Both leaders are expected to make remarks on the results of the summit in a press conference.


France is witnessing heightened precautionary measures due to the second wave of Coronavirus pandemic.


The General Association of the Egyptian community in France said in a Sunday statement that it welcomes President Abdel Fattah El Sisi's official visit to Paris.


The association underlined that the Egyptian expats in France support President Sisi's steps to maintain the country's national security.