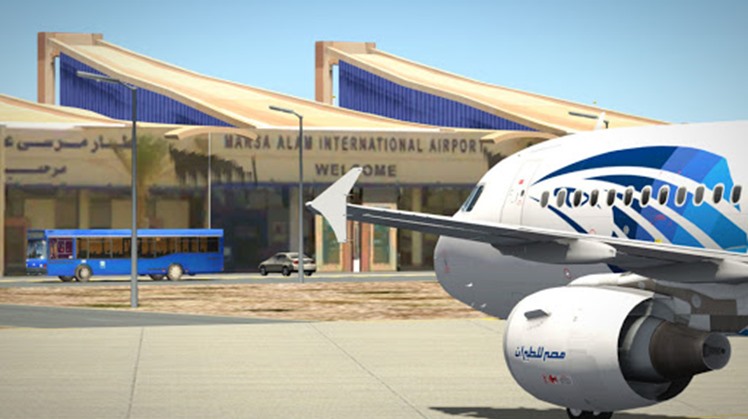 The first two flights from Ukraine and France next Saturday after the Coronavirus pandemic are to be received at Marsa Alam International Airport.

The airport officials said that they are waiting for confirmation from Czech aviation that they will be resuming their flights during the coming days to Egypt after nearly 6 months of suspension. The source described the coming tourism season in Egypt as “promising”

During meeting with Egypt’s Minster of Tourism and Antiquities Khaled Al-Anani, French ambassador to Egypt, Stéphane Romatet said, Wednesday that flights from his country to Egypt will be resumed as of next month.

The two officials discussed during their meeting means of cooperation between the two countries especially in tourism and archaeological sector.

The two officials affirmed Cairo and Paris strong relations in all fields.

They also discussed means to improve and increase the tourist movement coming to Egypt from France during the coming period.

The French ambassador informed Anany during the meeting that France will resume its tourist trips and flights to the Egyptian coastal cities as of October.

In a statement, Spokesman for the Health Ministry Khaled Megahed said 14 patients have died from the virus over the past 24 hours, raising the death toll to 5,883.

As many as 706 patients were discharged from isolation hospitals after receiving necessary medical care, taking the number of recovered cases to 95,080 so far, the spokesman said.