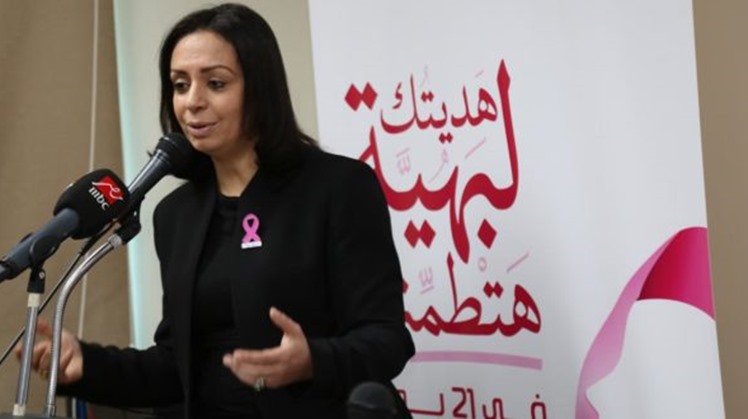 The National Committee for the Elimination of Female Circumcision praises the decision of the Attorney General to refer the doctor accused of committing the crime of female circumcision, Nada, which led to her death to the Criminal Court, and calls on the legislator to amend the article on female circumcision in the Penal Code. It commends the fruitful cooperation with the General Administration for Human Rights of the Office of the Attorney General.

Dr. Maya Morsi, President of the National Council for Women, extended sincere thanks and appreciation to Counselor Hamada El-Sawy, the Attorney General, for his decision to re-imprison the doctor, stressing that this decision reflects the state’s keenness and intention to eliminate this crime against the girls and women of Egypt, stressing that this will not happen without decisively applying the law, appraising the great role played by the Public Prosecution, whose decisions are always decisive, fair, transparent and defend the rights of society.

Dr. Maya Morsi also confirmed that the National Committee for the Elimination of Female Genital Mutilation will not compromise on the rights of Egyptian women and girls, and will continue its efforts to eliminate this crime until Egypt's girls can enjoy health, security and a prosperous future.

In this regard, Dr. Azza Al-Ashmawi, Secretary-General of the National Council for Childhood and Motherhood, praised the decision of the Attorney General, Hamada Al-Sawy, to refer those involved in the case of the girl Nada, the victim of the circumcision crime, to the criminal trial and re-imprison them again after receiving the forensic report to prove the fact and the responsibility of the doctor, pointing out that this decision does justice to our children and our daughters and provides them with protection, stressing that the public prosecutor spares no effort in enforcing children's rights mentioned in international laws and covenants, praising the good coordination between the National Council for Childhood and Motherhood and the Office of the Attorney General in all communications contained on the legal reporting mechanism Child Helpline 16000. She emphasized that efforts are continuing to get rid of all these wrong customs that harm our girls.

Al-Ashmawy also praised the Attorney General’s decision to address the virtue of the Grand Imam, Sheikh Al-Azhar in this crime, and the conclusion of Al-Azhar’s opinion to emphasize that female circumcision is a harmful custom whose legitimacy has nothing to do with the Islamic Sharia … which completely closes the argument on the legality of this crime in Islam.

Investigations by the Public Prosecution revealed that the child's parents agreed to circumcise her, and the accused Ali. A. A. R. conducted the process at their request; at El rahma hospital, on Wednesday, twenty-ninth of last January, where the operation lasted half an hour. After the operation the girl came out unconscious. She was bleeding, therefor the accused brought her back to the operation room, but couldn’t save her. As soon as the accused realized that she was dead he forced her father to take the body and leave the hospital, and that’s when the father decided to inform the police.